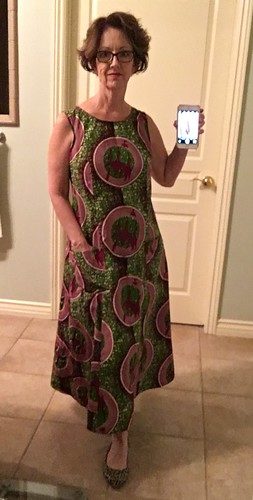 I've been working on McCalls 3129 and am finally finished.  I actually finished last night, but ended up taking out the princess seams in the front and doing them over.  I just couldn't get all of the wrinkles out of the upper bodice.  I finally did today and am much happier with it.  It is still a big large (OK, quite a bit large) but I'm going to wait a week or two before I take it in. 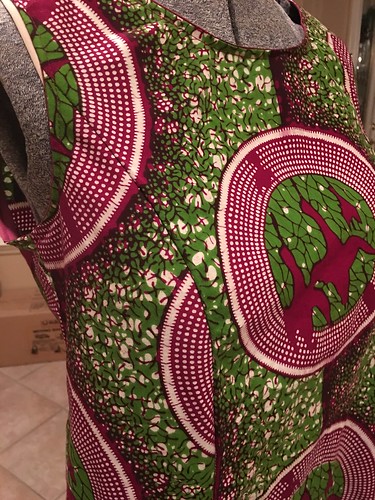 There are a lot of things I don't like about this pattern, and I changed as many as I could.  For one, it's just not that pretty.  (Maybe it's this more matronly figure that still expects to see the younger figure in the mirror!)  The neckline was way too high, so I lowered it.  Another thing I do not like is that the princess seams run directly over the bust point.  I prefer them to be off to the side.

Now, perhaps some of the problems I had were due to the fact that I had already cut this pattern out a few years ago and was trying to make adjustments from there.  But, I gave away the last dress I made from this pattern because I did not like the way the bust fit.  That could be the pattern or it could be that the way I did the FBA just did not come out right.  But, even after I made a muslin this year and tried to make sure it was right, it still came out with a significant curve above where my natural bust is.  Again, this could totally be my fault.

I'm not a big fan of facings, so I found some wide bias tape and used it on the neck.  I used regular bias tape to bind the armholes. 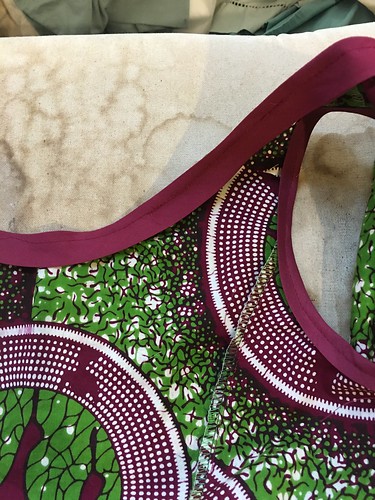 I didn't want this dress to be floor length, but it was still a little shorter than I wanted.  I didn't want to just do a narrow hem because it would keep flipping up.  I had EXACTLY enough wide bias tape to bind the hem! 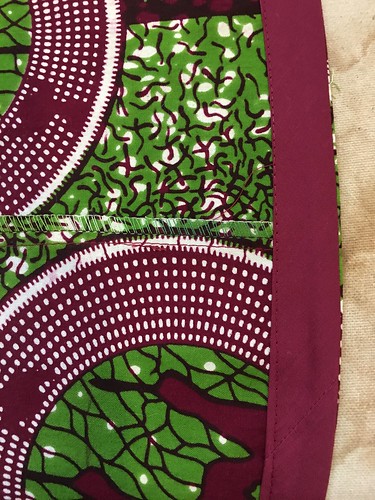 Another thing I did was to narrow the width of some of the panels.  I just didn't want it that full.

I think I could make this look better by tweaking the fit some, but at this point, I'm just glad to be done with it.  What I love about this?  The fabric!! 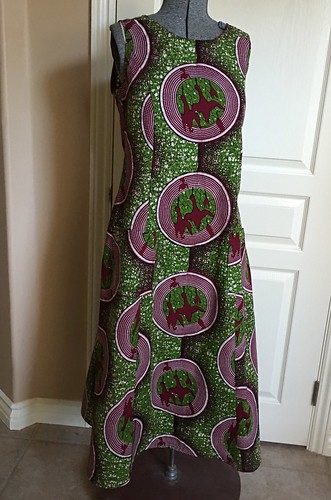 Posted by Nancy Winningham at 7:44 PM