A couple of months ago my daughter asked me if I could make Wilma and Pebbles Flintstone costumes for her and my grand daughter.  At that time, I don’t even think we had moved yet.  I didn’t think I was ever going to get my sewing room in order (it’s still not, but at least somewhat functional) so I kind of held off on it.  So, a few weeks ago I asked her if she still wanted the costumes and she said that she did, but she wanted to be Betty instead. 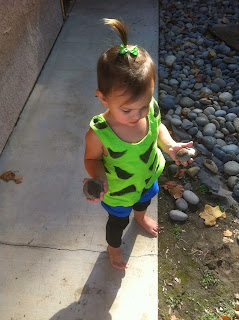 Well, getting together with my daughter is not the easiest feat in the world.  We both have busy schedules, and she lives 45 minutes away.  I kept trying to get together so I could at least measure her (she avoids this like the plague), but it never seemed to work out.  Her great suggestion was- “Just guess.”  Really?  Are you kidding me?  Obviously, this girl, much to my chagrin, has not the least clue about anything sewing related.  Just guess on a fitted dress with boning?  I tried to just ignore this comment and started on the Pebbles costume first.  That was easy enough.  Shorts and top in one evening.  I even painted the spots on the top.  Pebbles done!

Now, for Betty.  I still didn’t have any measurements, but with Halloween only a week away, I had to get started.  I didn’t really have a choice, so I just guessed!!  I made a size 8 bodice out of muslin and took that to her house on Monday night before bible study.  It was too big in some places and too small in others.  I tried to guestimate my measurements from there, since I was lucky to wrap the bodice around her.  There was no way she was going to deal with me re-pinning, letting out and taking in seams.  The only reason I let myself into this in the first place is that she never asks me to make her anything, and I always like to. 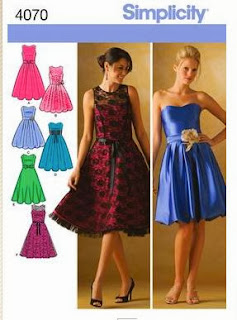 Now here’s the deal.  I’m a pattern girl.  I sew from patterns.  I do not draft my own patterns.  I do not drape.  I do not design.  I sew from patterns.  Well, I could not find a Betty Rubble pattern or anything close.  I decided to forge ahead anyway and I’m really glad I did.  I also shocked myself  First, that I actually did it. Next, I only had two nights to design, cut, and make the dress.  The dress was fully lined, had a boned bodice, pleated skirt and shaped hemline.  I also had to redraft the front and figure out how to do the neckline. Whew!  OH, and I was also watching my 2 year old grand daughter who didn’t want to go to bed on Wednesday night!  Well, it turned out really cute.  I’m still not sure how it fits her because I have not seen it in person.  Maybe someday I will. LOL
So here they are, Betty and Pebbles: 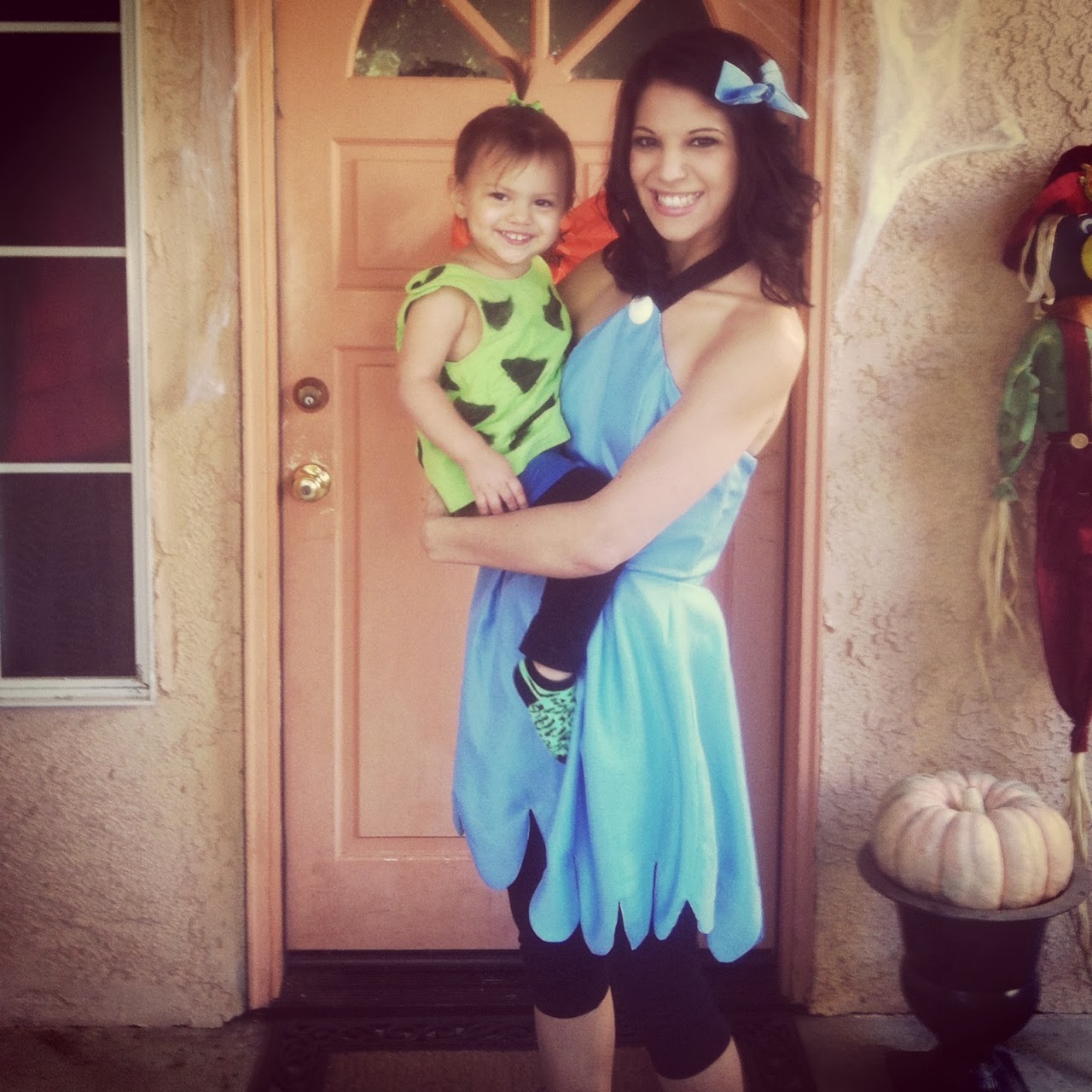 This really got me to thinking.  I was worried about this because I do not really know how to “take short-cuts”  and I’m not sure that I want to.  I like things to be just as  nice on the inside as they are on the outside.  Most projects will involve some kind of hand sewing.  I was really worried that I would not be able to finish this in time.  If I were making a dress like this, it would take me over a week.  I’m not sure how I got it done so fast.  I guess I was just really focused (something I’m usually not).  I’m always amazed at how other sewists get things done so quickly.  I think I’ve just been too slow with my sewing.

Now that the sewing room is up and running (sort of) I hope I can get to some sewing for myself. There are still things I cannot find (Like, Where is all my seam binding?  I know I have a few rolls of Steam a Seam.  Why can’t I find a tape measure?)    I have tons of fabric and patterns.  Now I just need to find the rest of my sewing tools and get started!!

I can't believe it's been so long since I posted.  Yes, we finally moved.  We are still not completely unpacked, but I am determined not to do what most people say is true, which is "it can take years."  Basically, I just need to finish the TV room and the sewing room.  The sewing room is my nightmare.  Nothing seems to fit where I want it and all the shelves are either too narrow or too shallow.  I need to start thinking outside the box so that I can get that room ready to sew!  I'm going to try to post some pictures later today.  We have terrible internet here, so every time I try to upload pictures, my connection fails.

Posted by Nancy Winningham at 6:46 AM 3 comments