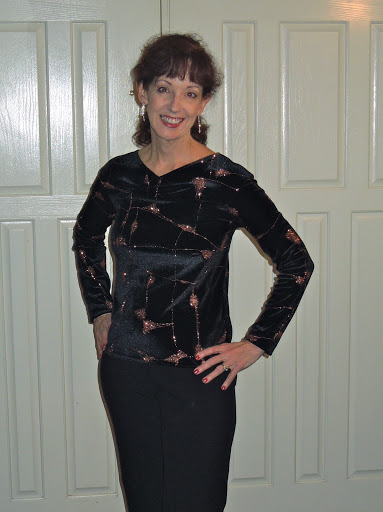 Well, I wish there were more to update, but there isn't much.

I have finished 3 things for the swap. First of all, the "Dana's Top" by Silhouette patterns. This turned out well despite the fact that my fabric did not have enough stretch. I will probably make this one again. 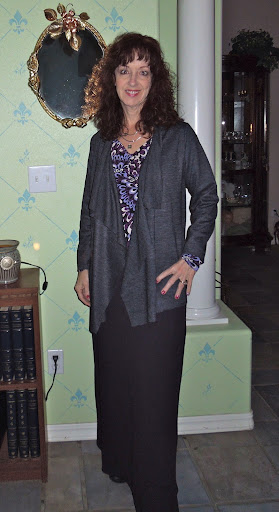 Last, but not least, I finished the funnel top by Christine Jonson patterns. This is super quick and easy, UNLESS you cut the neck too small and then the darn thing won't go over your head! I can't believe it. So, since I made this whole thing on the serger and only used the regular machine to hem the bottom and do the fold-over stitching on the neck, I think I was not careful enough with the width of my seam allowances on the neck. My serger is over 20 years old, so the seam gauge part is not easy to follow. I did pick out the straight stitch on the neck and restitch it. It is now able to go over my head, but not very easily. One of these day's I'll probably rip the poor thing. I do like the top though, and will definitely make this again. 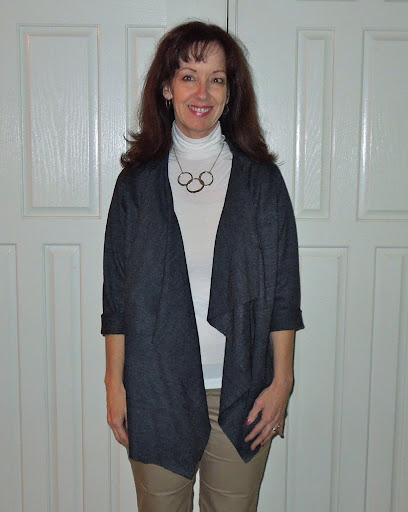 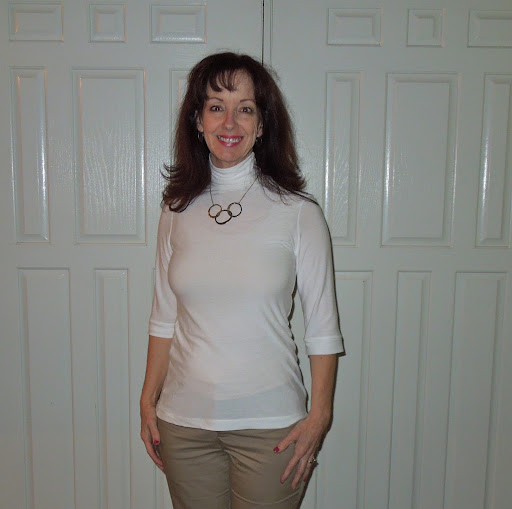 Now that I can finally get the top over my head, I can see that it is too tight just about everywhere else. I did use the guide sheet for knits included to determine what size I needed, but I think I really need to do a FBA. Unfortunately, this will mean cutting the pattern out flat, since as is, the pattern front and back are exactly the same and you cut them both out as one. I will just need to make 1/2 patterns and fold the fabric with 2 folds to get a different front and back. As is, it can stand as a layering piece, but it is a little too tight and sheer to wear as a stand alone. AS it is, I had to wear a cami underneath so that my bra didn't stand out like neon lights!

What's next up? Well, tonight next up is grading some papers and watching American Idol! But, hopefully this weekend I will get to do some sewing. I really should cut out the coat and make that since the weather is getting colder. Not sure why I keep putting it off. I think it's because I don't like my fabric. I like the look and the color, but it is pretty heavy and unfortunately, scratchy. I will need to figure out a different fabric for the collar since I don't think I would want that scratchy wool against my neck. I already have one coat with a fur-like collar, so I'll have to think of something else.