Sequoias and Mix It Top 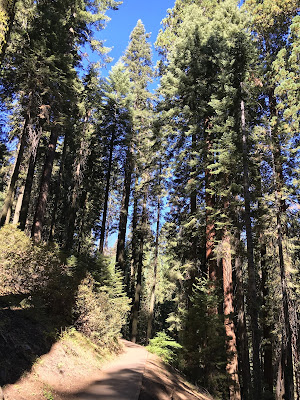 Yesterday, Andy and I took a trip to Sequoia National Park.  If you have never been there, you need to put it on your bucket list.  I have been to a few National Parks, but I really think Sequoia is the most beautiful.  We had perfect weather and it was a wonderful day.  We only live about 10 minutes from the park entrance, so I think we sometimes take it for granted.  It is so gorgeous and I always wonder why I don't go more often.  Well, one of the reasons I don't go more often is that once you get in the park, there are a lot of winding roads and hairpin turns to get to the big trees.  But, the road is good and well-maintained, so it's not that bad.  I just hate driving, especially on wind-y roads. 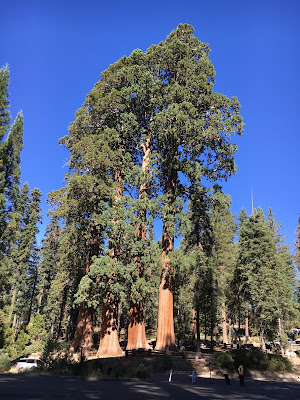 The coastal redwoods are also beautiful and they grow taller than the Sequoias.  However, the Sequoias are very fast growing, live to be thousands of years old, actually thrive with some forest fires and have huge bases.

Here we are standing in front of a fallen tree and you can see the amazing root system. Sometimes the Sequoias just lose their balance and fall over.  They have very shallow root systems.  This particular tree, named the Buttress Tree is about 272 feet long and the base is over 20 feet in diameter!  The tree was estimated at 2300 years old when it toppled over in 1959. 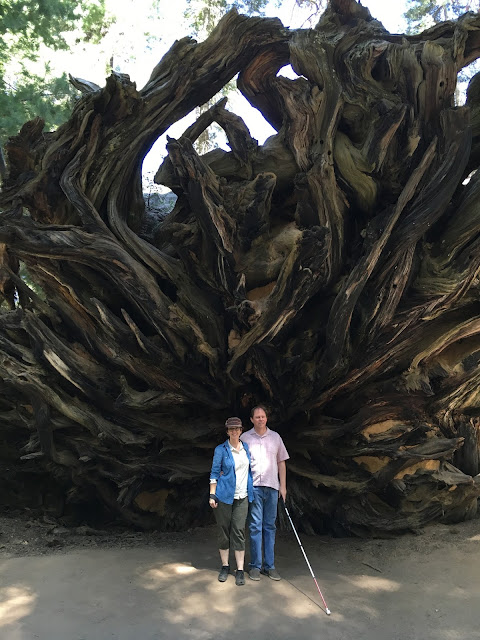 And another view from inside of a dead tree looking up to the sky.  You can tell that I just LOVE being in the park.  It's kind of like a magical fairy-land. 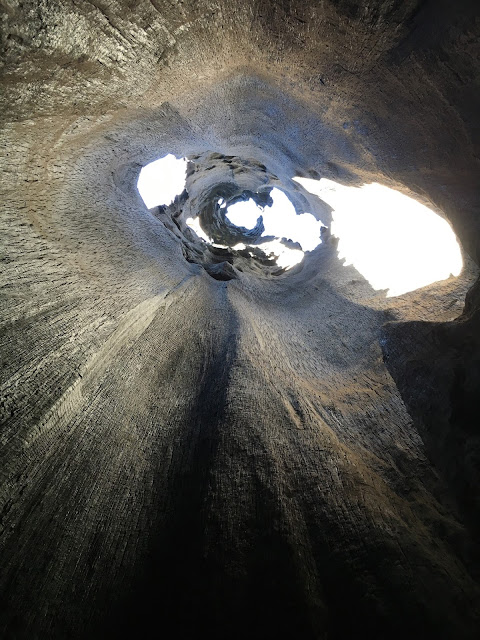 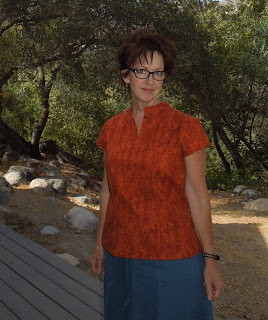 We got home late in the afternoon, so I did get some time to finish up a sewing project.  This is the Mix It Top from The Sewing Workshop.  Normally I do not like things up close to my neck, and this is no exception.  Although this top does button, I will be wearing it unbuttoned.  I really do like the Sewing Workshop patterns.  Sometimes they don't look that great on the envelope, but I usually end up really liking the patterns.  The instructions are always well written, and there are usually some interesting applications.  I don't have a picture, but this time it was the way the neckline facing was done.  I like the way it came out and it was easy to do. 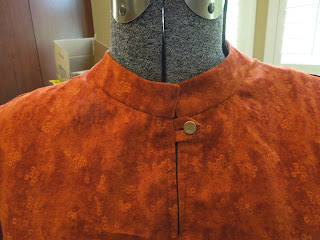 I do like the little button closure in the front, but again, I will not be wearing it like that.  In fact, if I make this again, I will change the neck treatment.  I found a cool vintage button, so that's what I used on this one.
This top is basically just straight.  There are horizontal darts, but I still did a FBA.  Next, I added vertical darts in the front and back.  I could have taken even bigger darts, but I've found that blouses that are that fitted are difficult to iron, and I like to iron my tops. 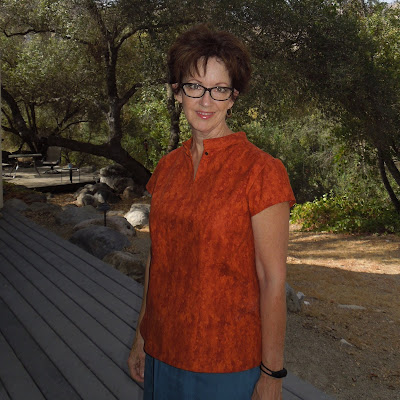 I'm really liking the color of this top.  I never used to like orange, but lately I've been into it.  This is a good thing since this shade of orange is right in my color fan.
Another thing I like about this top is the back.  It has a yoke.  I think I need to lengthen the top of the back because it wants to fall back on me.  This is something that always happens with me and blouses.  I do not have a rounded back, in fact, I usually have problems because my back is erect.  However, I do have a forward thrusting neck, so I think that is what causes my collars to fall back on me. 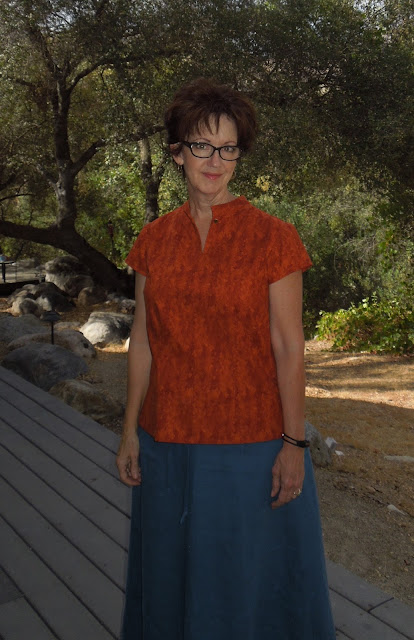 I've been wearing this top (and the skirt is the Saltmarsh Skirt from the Merchant and Mills Workbook) all afternoon and evening, and it is very comfortable.  I like it a lot more than I thought I would.  This one is just made from quilting cotton.  I love the look of all the poly slinkies that are available, but I just can't wear polyester for more than a couple of hours.  I have some silks in my stash that I've been experimenting on with dying.  I'm sure one of those fabrics will make its way into this pattern!