As always, God always does amazing things while we are in Uganda.  I could fill up weeks of posts about the trip, but I will only highlight some of what we did.  Today, Sewing in Uganda.  I had a few plans for sewing, but we were not able to accomplish all of them. 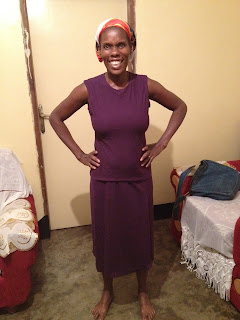 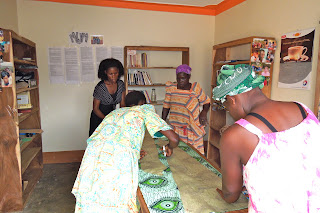 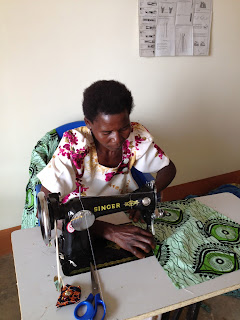 Well,  I had many plans for sewing, but God had other plans for me.  The first week we were there, one of the women we were working with in the church fell down with a  seizure.  She was convulsing all over, but was still able to communicate.  Nothing like this had ever happened to her before.  Her name is Florence and she has a 3 month old named Sirus.  She is 20 years old.  When her convulsions did not subside after an hour, we decided to take her to the hospital.  THis was an all day affair, but I was glad I was there and glad I could help.  There is no way this family could have afforded to take her to the hospital.  They finally admitted her, but even though they didn't know what was wrong, they put her in the infectious disease ward where she was exposed to all kinds of illness.  As it turned out, they never did find out what was wrong with her.  She had this "seizure" for about 5 hours before it finally disappeared.  They gave her a saline IV,  tested her for malaria and typhoid; since those came back negative, they decided it was stress.  Stress!!!!????  You don't ever want to get sick in Uganda - believe me. 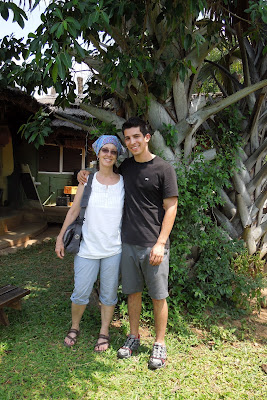 One of the greatest blessings of going this year was getting to bring along my son, Nick.  Nick is 25 years old and a pre med student.  He has never been to a third world country and has led a pretty sheltered life.  He got to do volunteer  work in the hospital in Jinja while we were there.  Not only was this a great experience for him, he also ended up being partnered with two native Ugandans his own age who are missionary interns.  He got the opportunity to work with them on bible studies and even led the study a couple of times himself.  This was a big step out of his comfort zone and exactly what he needed.  I just saw blessing after blessing on this trip.