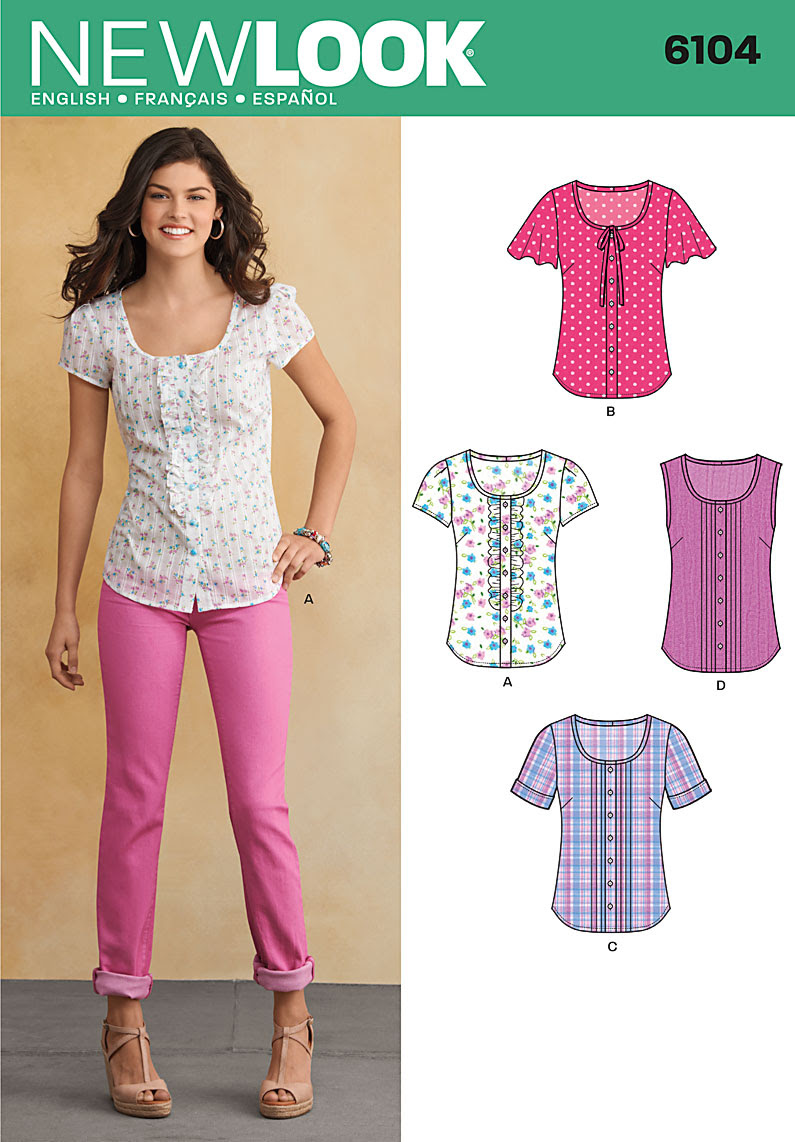 I picked up this pattern because I love wearing woven sleeveless tops in the summer.  I had, in fact, ordered several 1 yard lengths of mid-weight linen from www.fabric-store.com just to make something like this.  This pattern kind of seems a bit "ho-hum" at first glance, but I really like the lines of it, the button front detail, the tucks and different front treatments.

Well, about a week ago I made a pair of shorts and then discovered that I had NO tops that would go with them.  I saw this pattern in my little box of "to-do soon" patterns and grabbed the piece of linen in the color called "chardonnay" 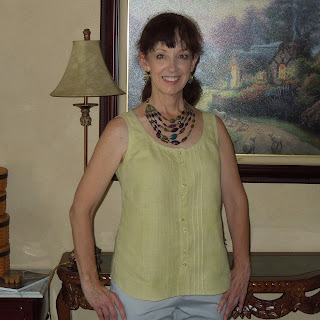 This top took me a little longer than I thought, but I really enjoyed making the front tucks and the other details that took a little longer on this top.  The smallest size this pattern comes in is a 10, but I really need an 8 or smaller across the shoulders. (Before you start thinking, "Oh, she's so tiny"  let me remind you that I am doing a FBA and grading out to a 14 in the hip.  I just have tiny shoulders apparently.)  I am really happy with the fit on this, so I immediately started thinking about making it again. 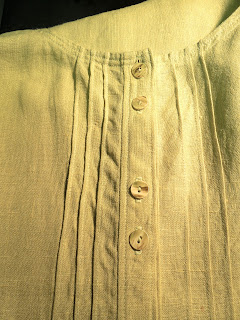 As you can see at the left, I also changed the button placement on this one.  Wow - I'm really stepping out of the box now (LOL)  Also, I turned the bias binding completely in to the inside instead of wrapping it around the top.  Not because I was being creative, but because I didn't read the directions very well!  Because of this wider binding, I used two rows of topstitching around the neck and armholes.


I decided to look at some reviews on PR and got inspired by one review in particular.  Look at what this clever girl did with this pattern!!  This is from a review by ACBrown28.  She has some interesting details about this pattern on her blog (and she's a funny writer too!) 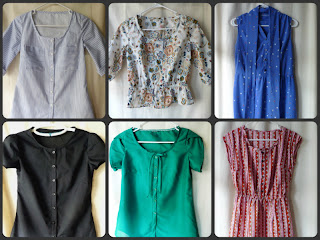 Anyway, I was very inspired by her versions and went on to version 2. 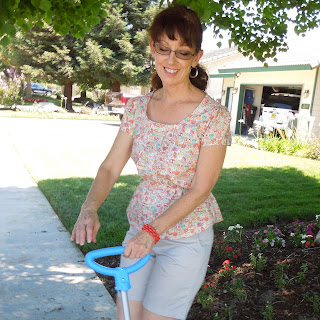 For this version I used a piece of cotton I had picked up last year from Beverly's. They mostly sell quilting cotton, but this piece is a bit lighter weight and has a nicer hand and drape. I bought it to make something for my daughter, but she hated the print. I like it. 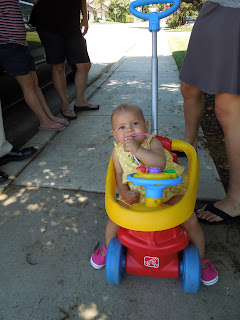 (Oh, in case you're wondering what in the world I have in my hand, there is actually the most beautiful baby in the world sitting on a little car at the end of that handle. Not that I'm biased or anything.) 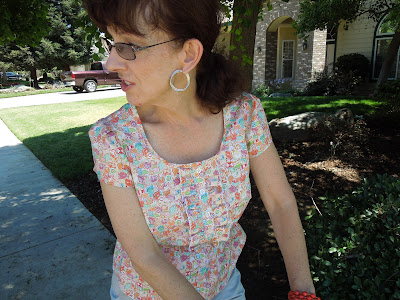 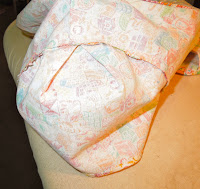 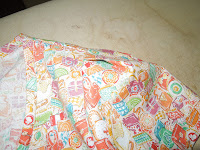 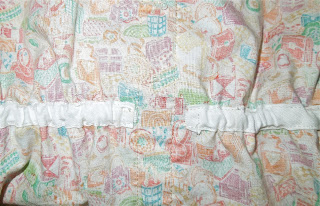 I like the sleeves because they have a little pleat and nice shape.


I also added a casing for waist elastic. I used bias tape and 1/4" elastic. Next time I need to move the elastic down about 3/4" Next time? Yes, there will be a next time. I also discovered on version one that I could easily slip this over my head and did not need the button front. So, version 2 here has a fake placket down the front and those buttons do nothing but adorn the blouse. They aren't really the buttons I wanted to use, but since I just had foot surgery, I couldn't run to the store to get something else. It's all about stash-diving right now!

Parting shot:  I just had foot surgery on both of my feet less than two weeks ago.  Even though I have to keep my feet up a lot, I'm still finding time to sew!  When I'm not sewing, this little Emma keeps me entertained! 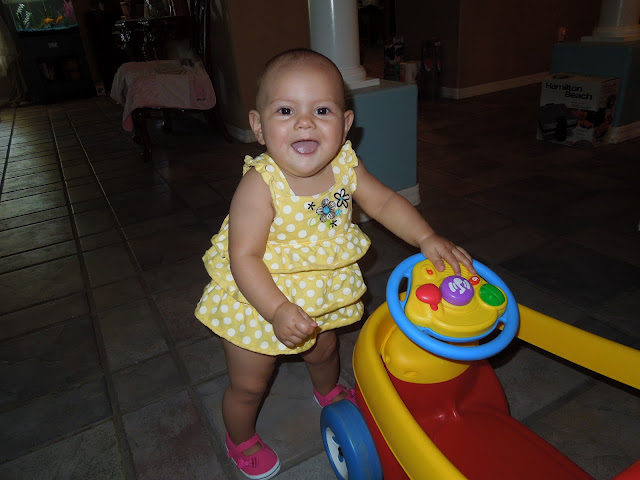 Posted by Nancy Winningham at 4:35 PM

I like both tops. Most women's shoulders are a smaller size than the rest of the body. It's a wonder that the "big 4" pattern companies have not adapted for that.

These are lovely...they are flattering and summery. Nice work!

I love your tops-but I have to say what a beautiful baby!

Your tops are so nice. I like the tucks on the yellow one. Very nice. Cute baby, too.