I got this pattern over a month ago, and have been really wanting to make it, but life keeps getting in the way.  Well, I finally got the time and got up the nerve to cut into some RPL that I've had for a long time.  I didn't really have anything to muslin these pants, so I had to just give it a shot. 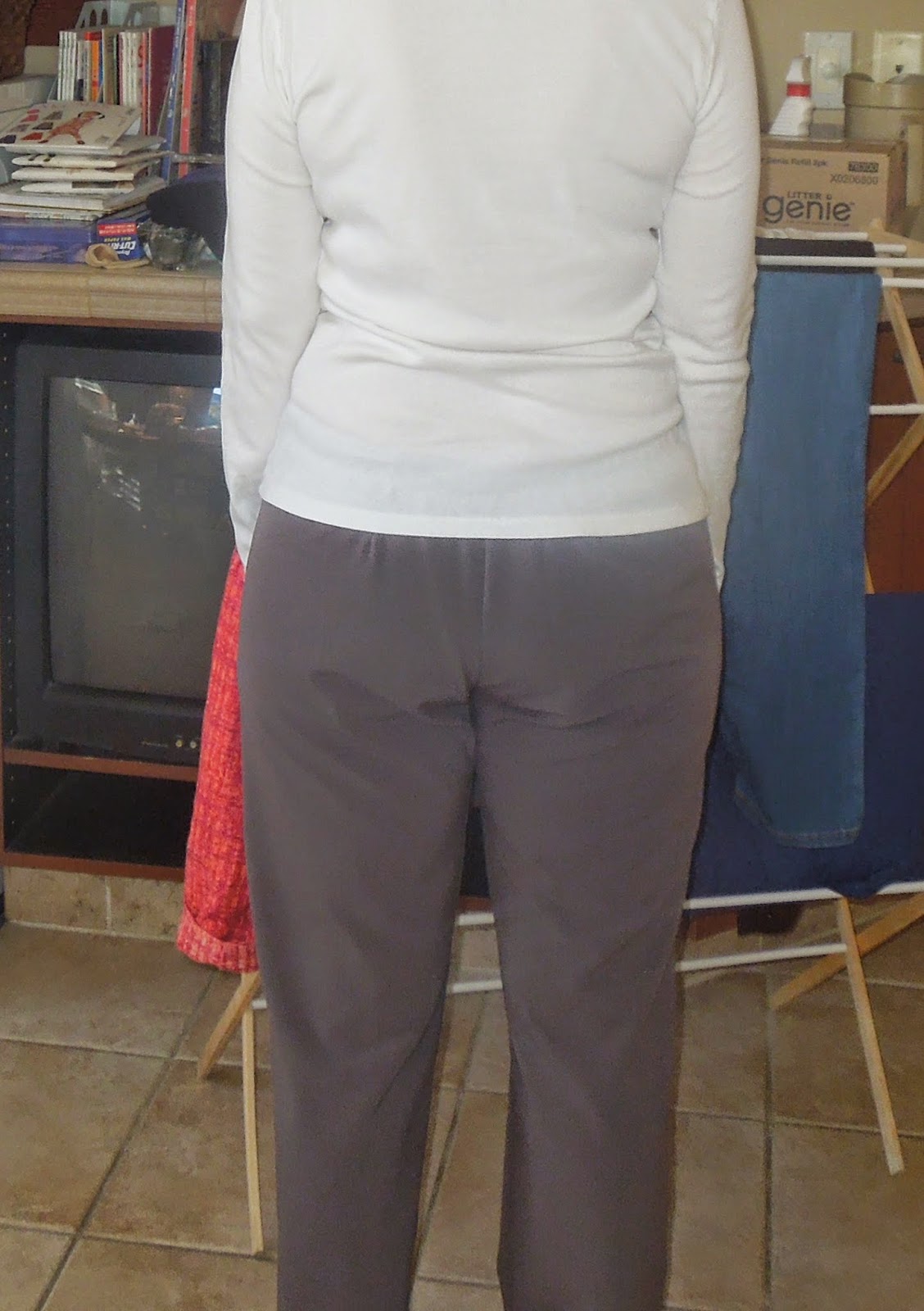 We're going over to friends' for dinner, and since I'm making some of the food, I don't think pair number two will get cut out tonight.  Could I possible get lucky enough to get some sewing in two days in a row?

I haven't gotten to sew much, but I have done some crochet.  The good thing about crochet is that it is so portable and can be done just about anywhere.  I made this awesome scarf and I just love it.  The yarn is Pediboo by Frog tree and it is super soft.  I love it! 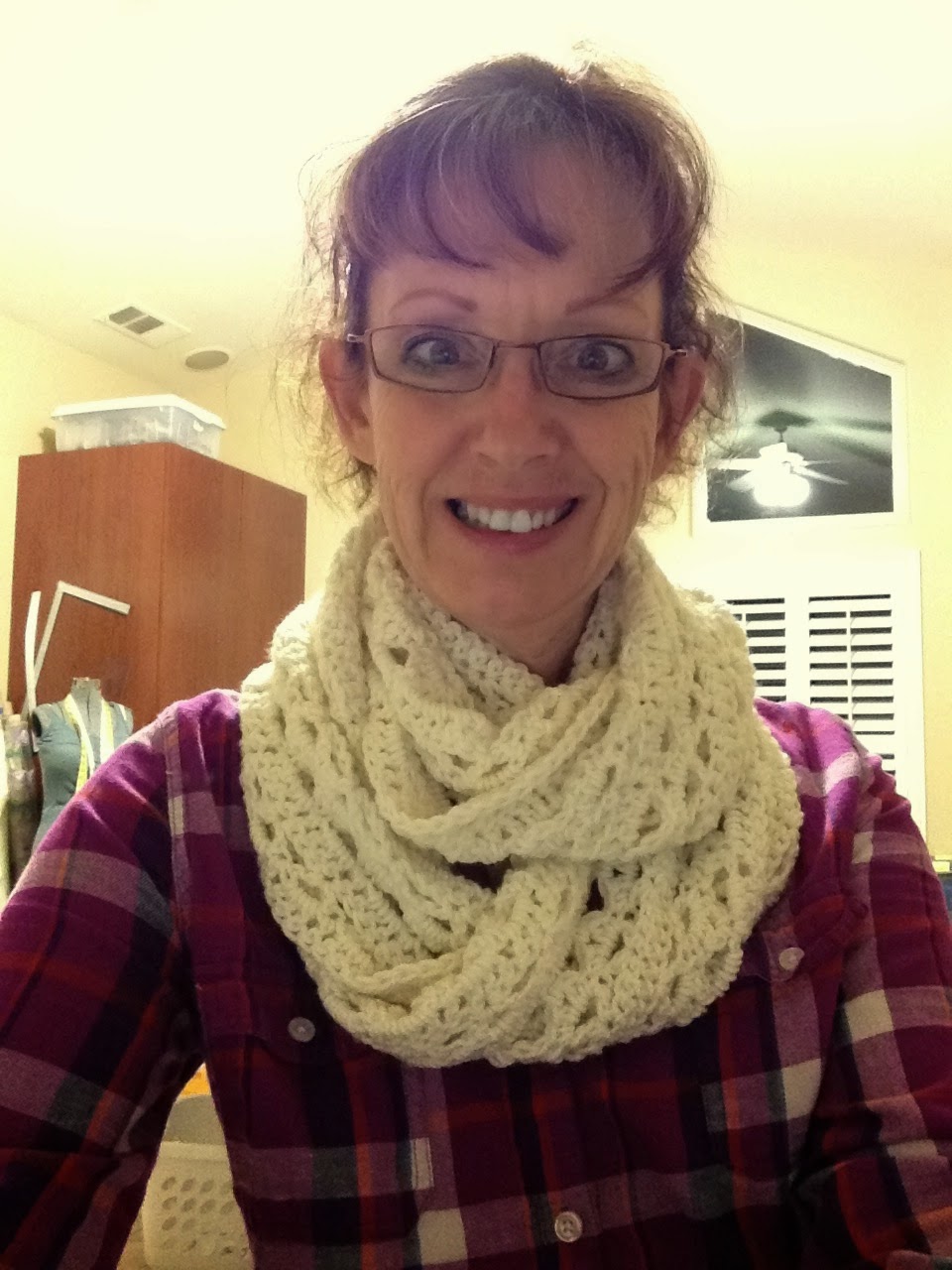 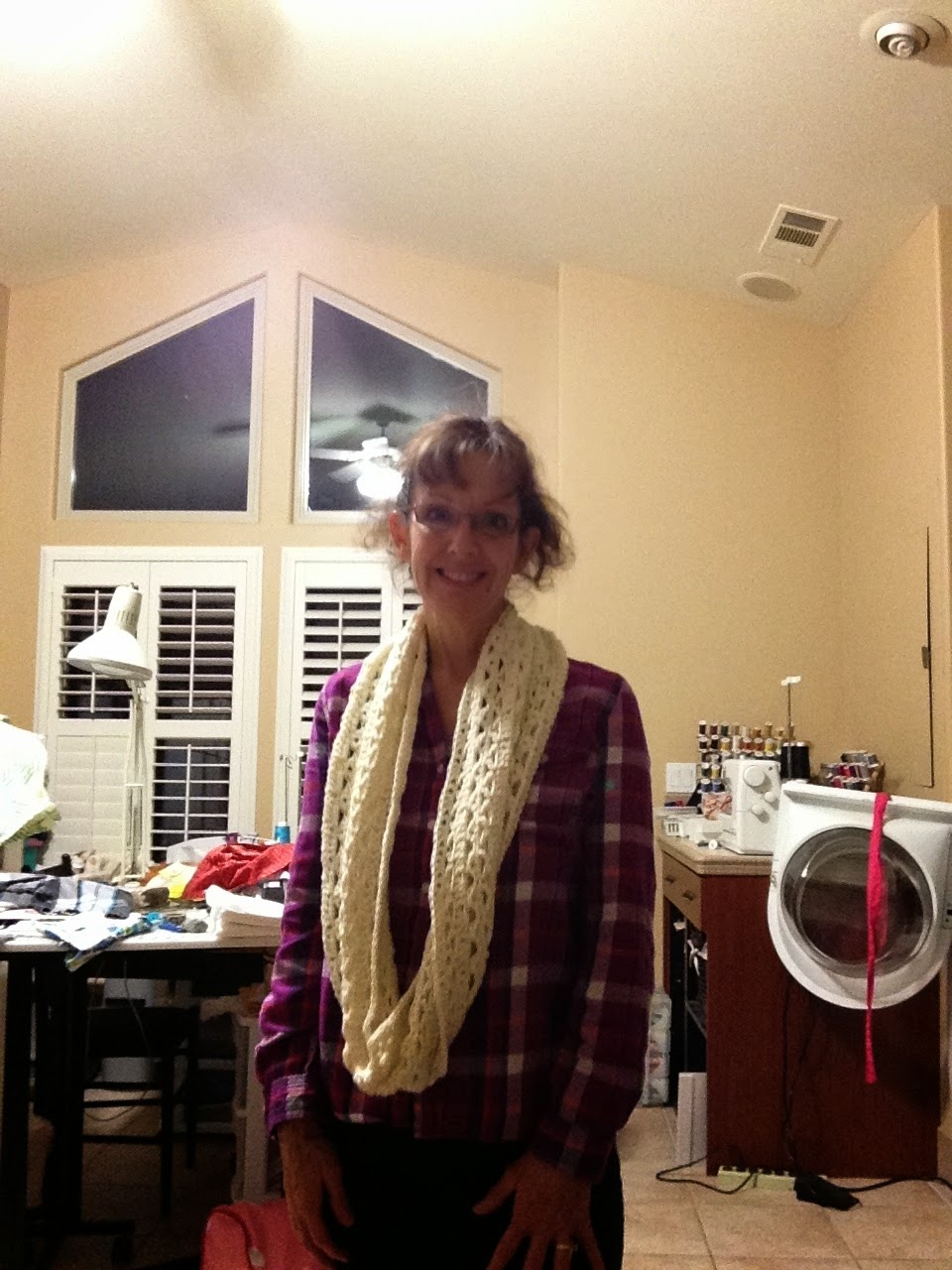 Posted by Nancy Winningham at 3:46 PM