I've been working on a crochet project called Mei Mei from Doris Chan's Everyday Crochet.  I love pretty much everything in this book. Even though the book is older and the styling may look a little old fashioned on some, the styles all have good bones.  I have been looking for a little shrug pattern. This turned out pretty quickly once I figured out what I was doing.  I saw that one Raveler completed this little shrug in 3 hours!  It was more like 3 evenings for me. :-) 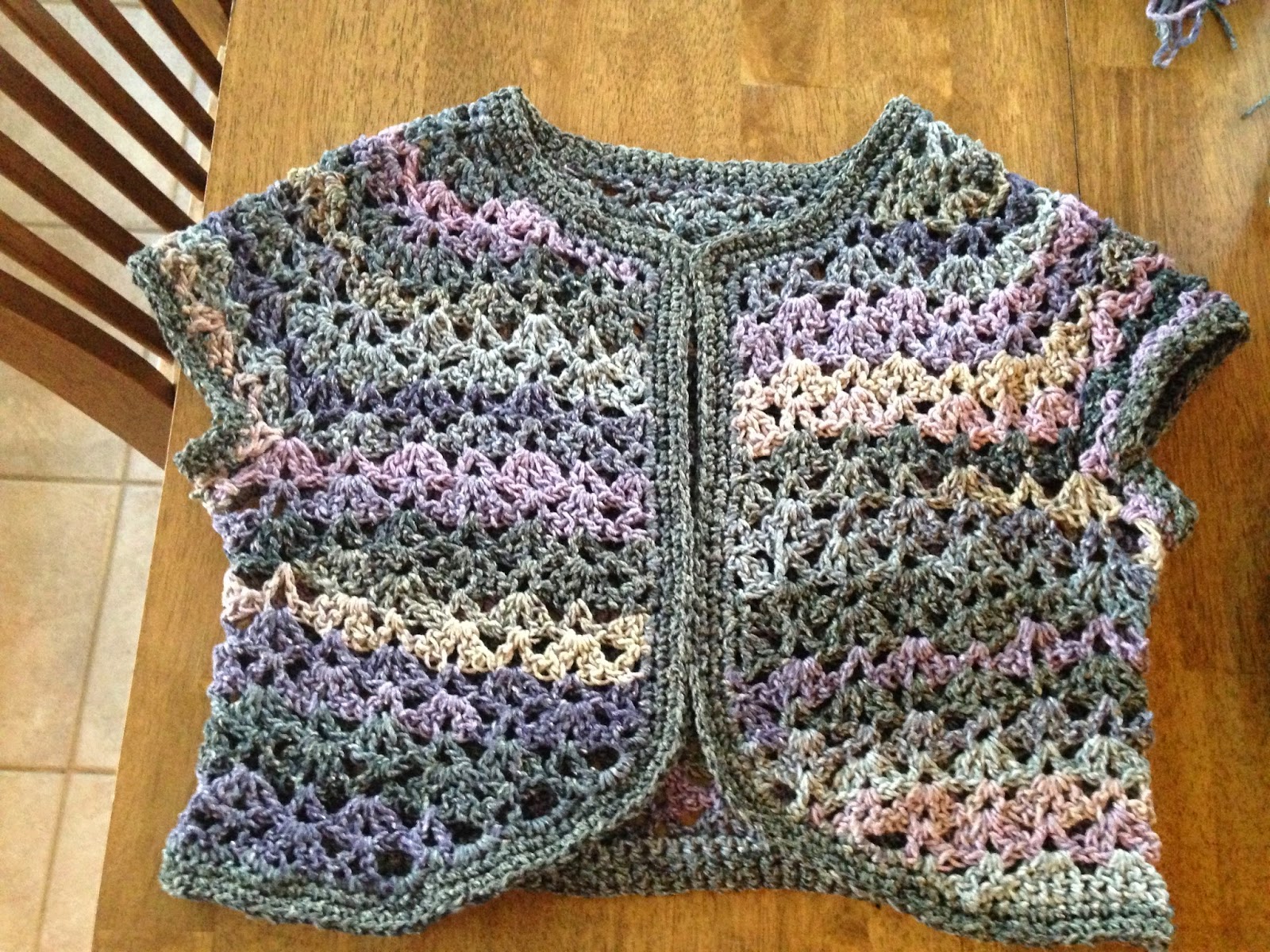 Today I'm going into town to buy a couple of shank buttons to make a closure for it.  In the picture below I am just using a shawl stick. 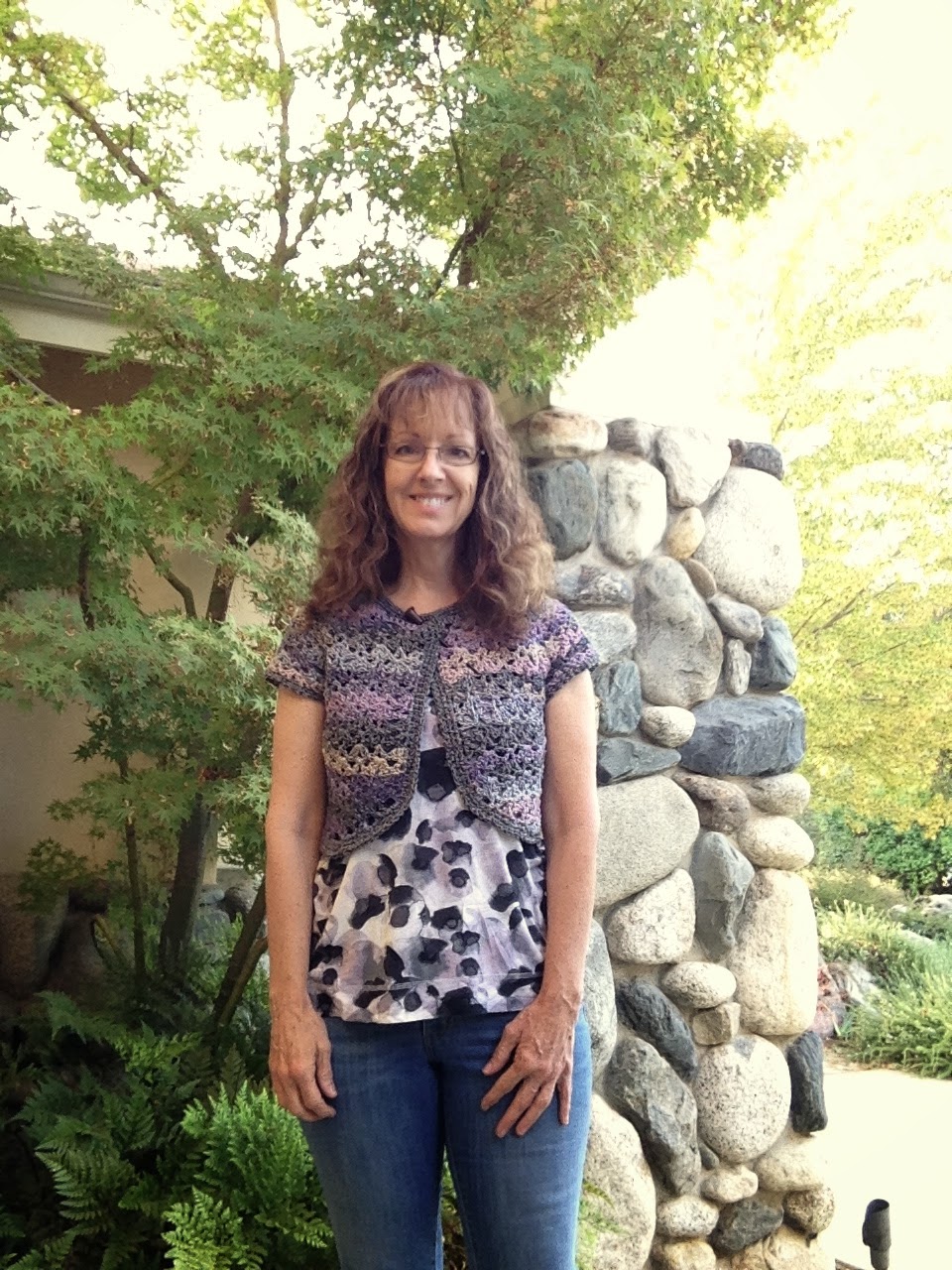 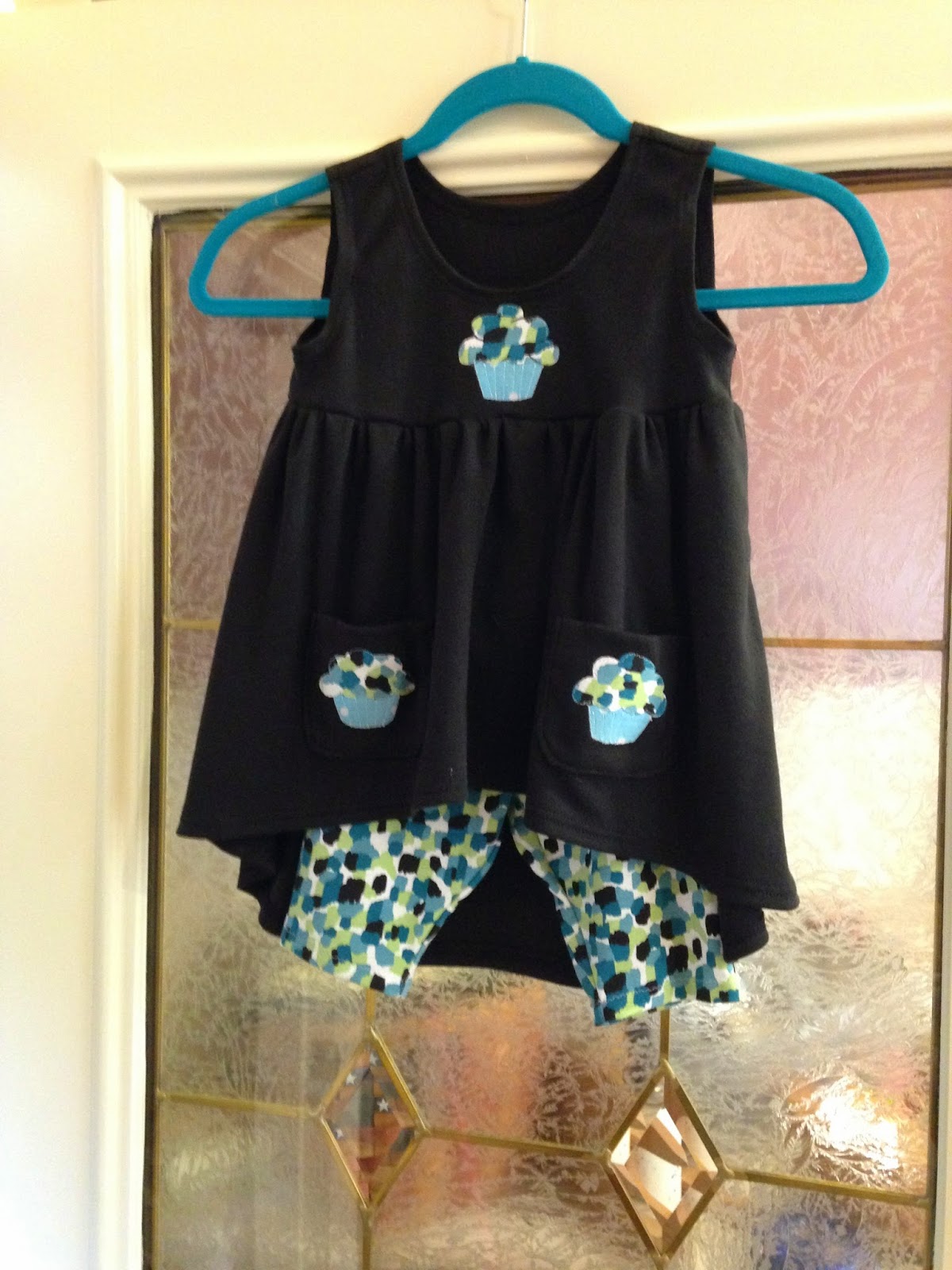 Sunday is the little granddaughter's birthday.  She will be 3!  I made her a birthday outfit, but the top came out too long.  I cut just about an inch off of it after I took pictures, so I think it will be a little better.  I didn't want to cut off too much since I had added the pockets and just estimated where to put them based on the length I had made.


To make the cupcakes I drew a cupcake and then traced the top and bottom separately onto heat and bond.  After I adhered it to the dress pieces, I stitched lines for the cupcake liner and zigzagged around the outline of the cupcake.  I used a permanent marker to draw lines on the center cupcake.
After I took this picture, I removed the basting you can see around the neckline, and topstitched the yoke which also stitched down the inside of the seam where the yoke and skirt join. 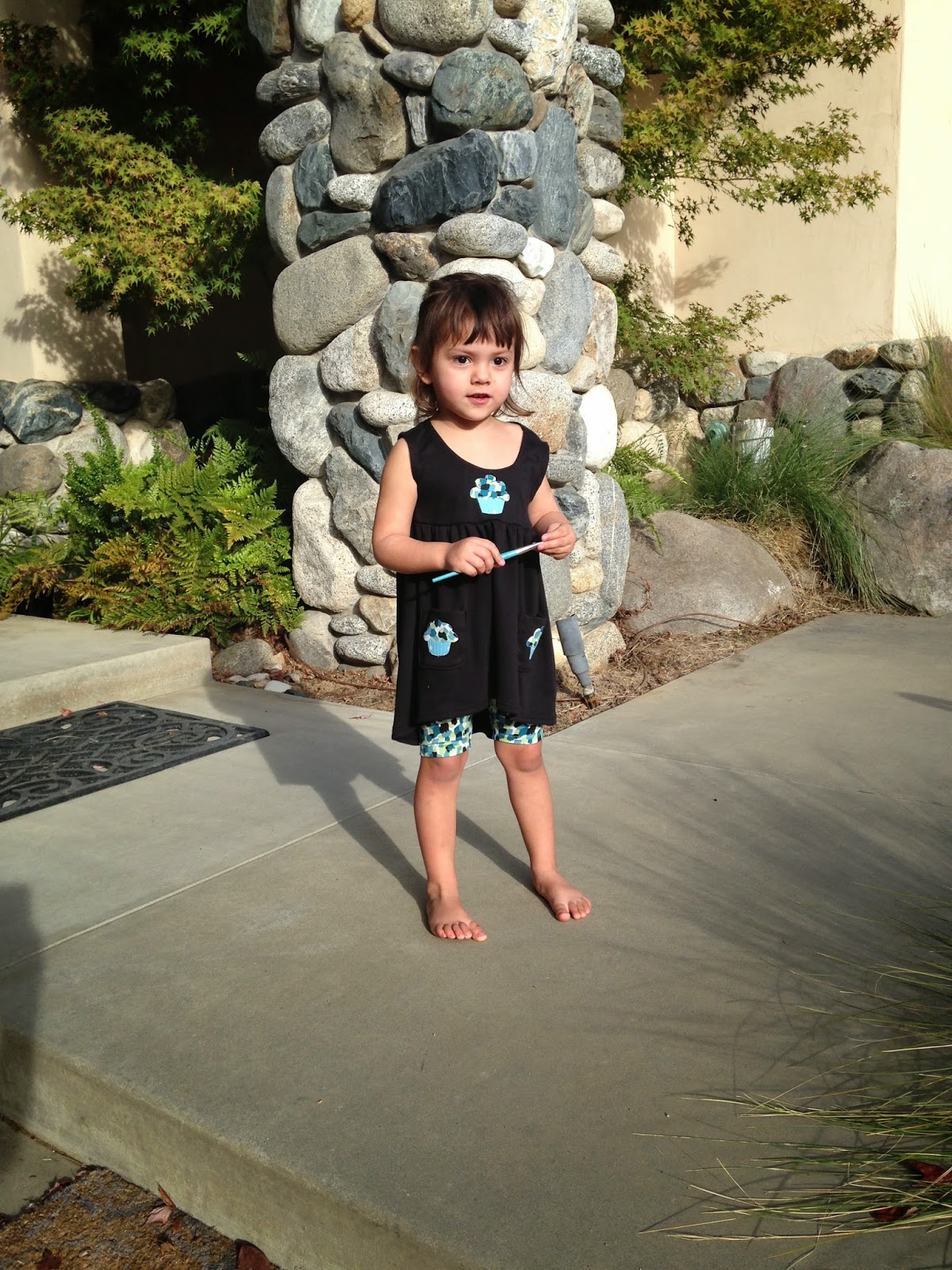 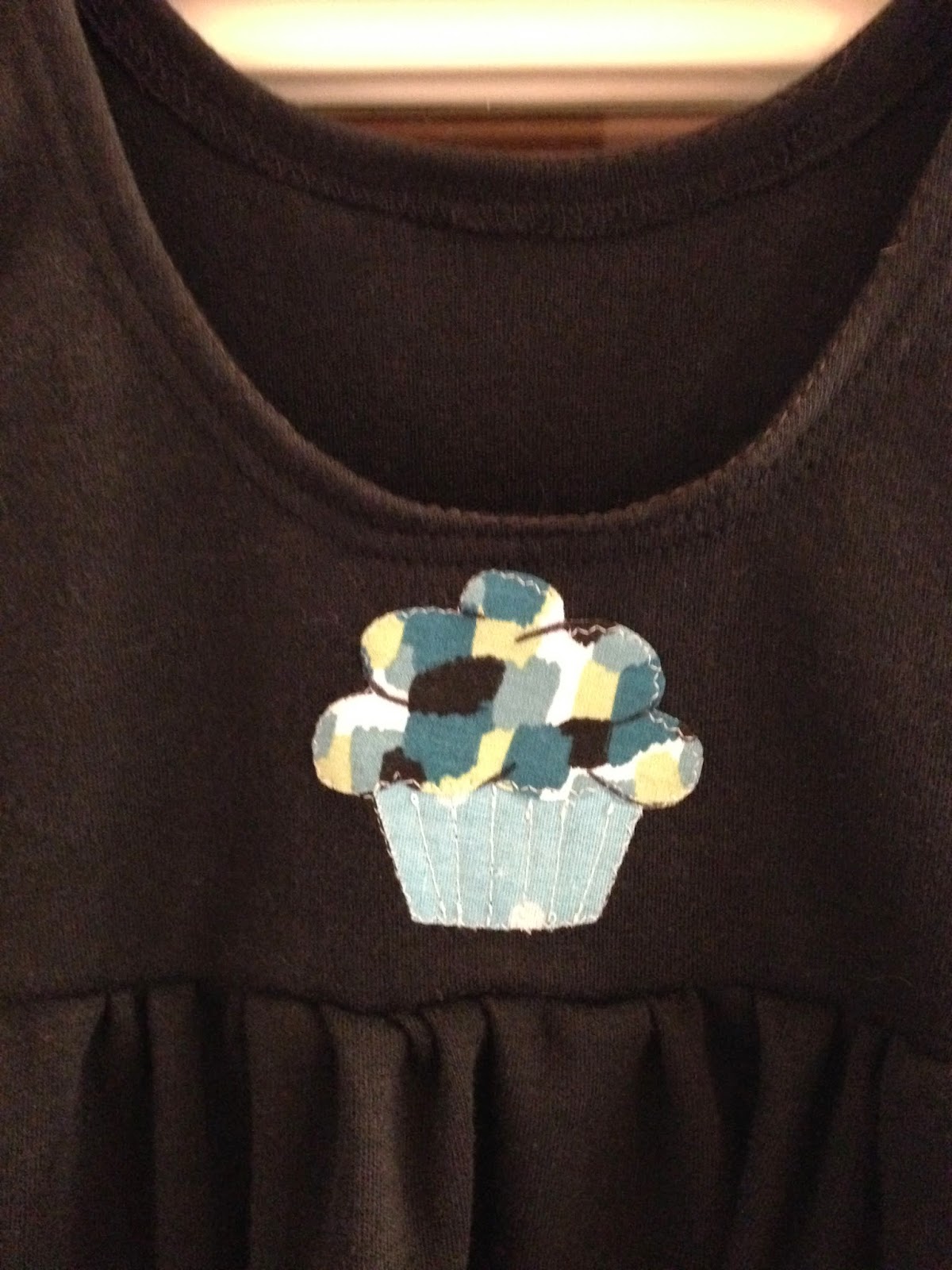 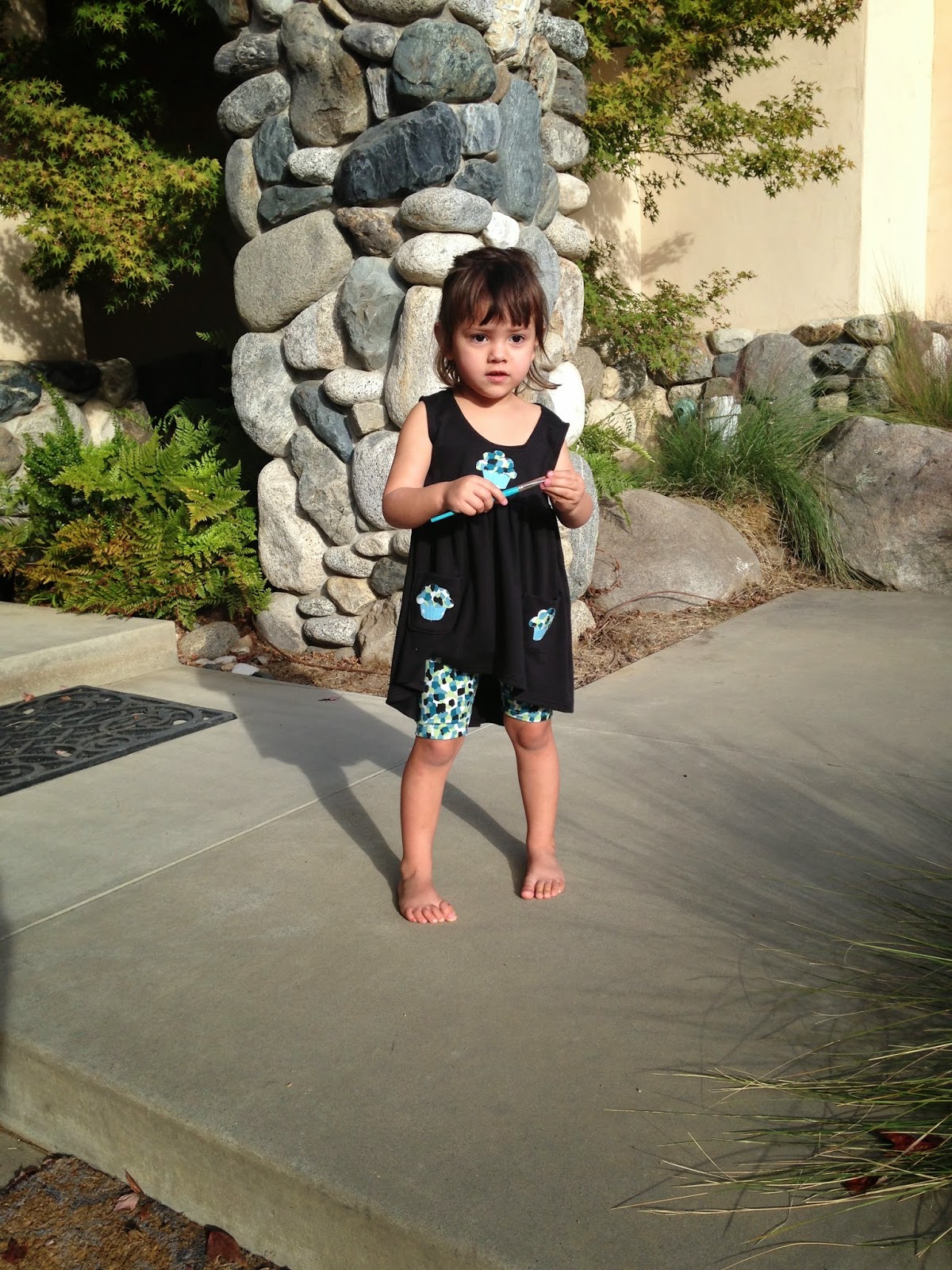 We had a little distraction yesterday.  Right next door a mamma bear and two babies were foraging around.  I'm thankful that my neighbor called me so that we could walk over and take a look. 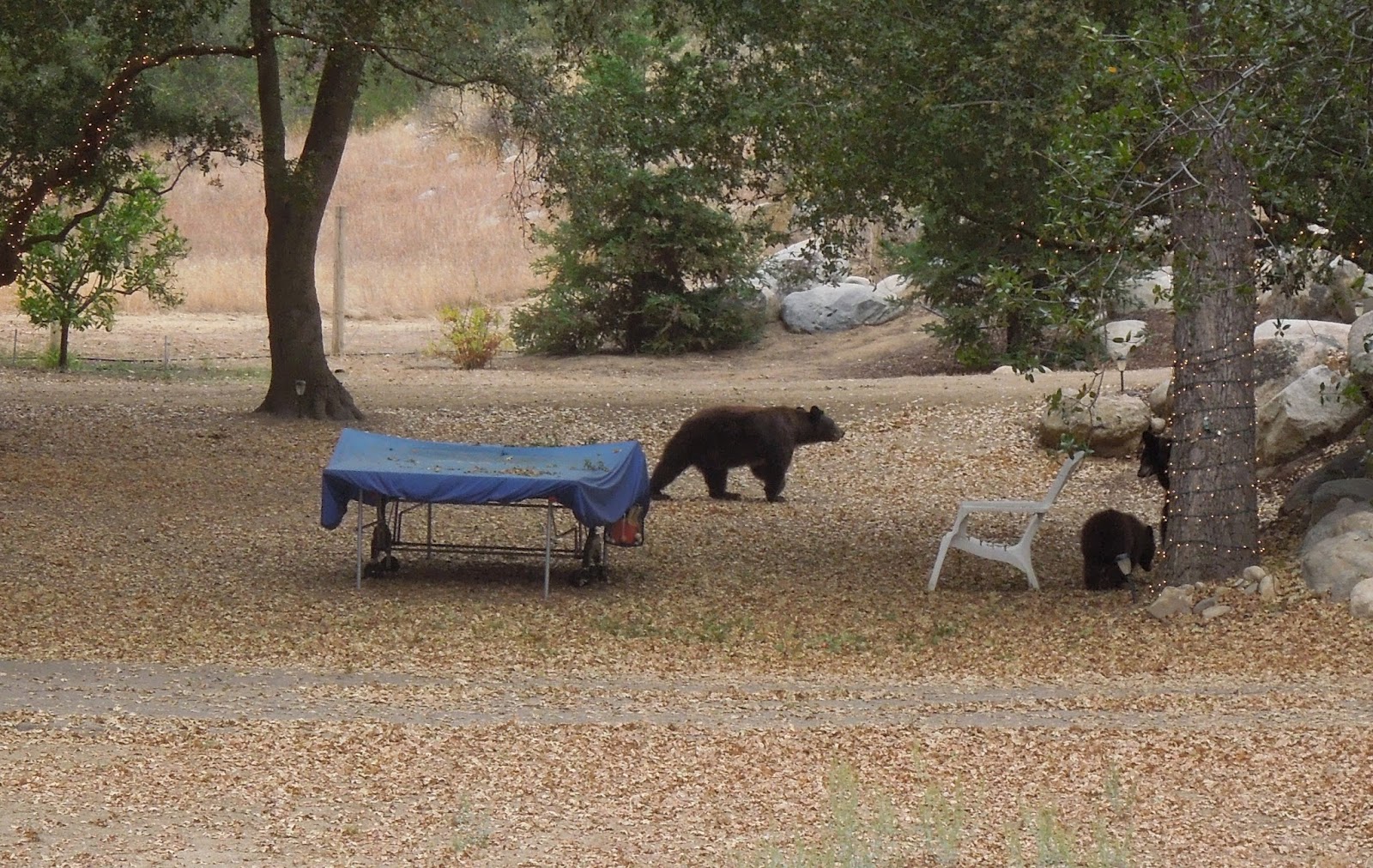 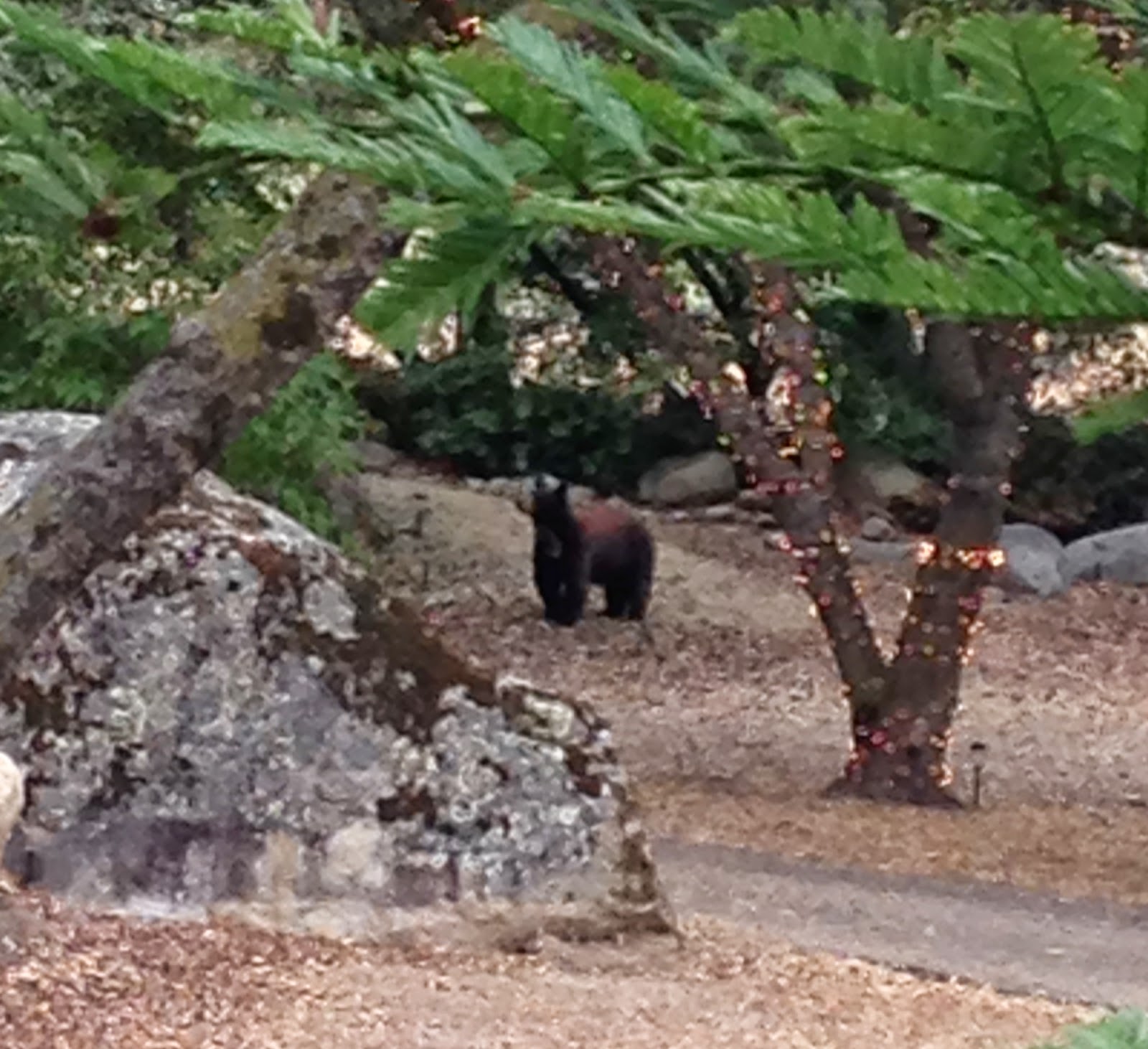 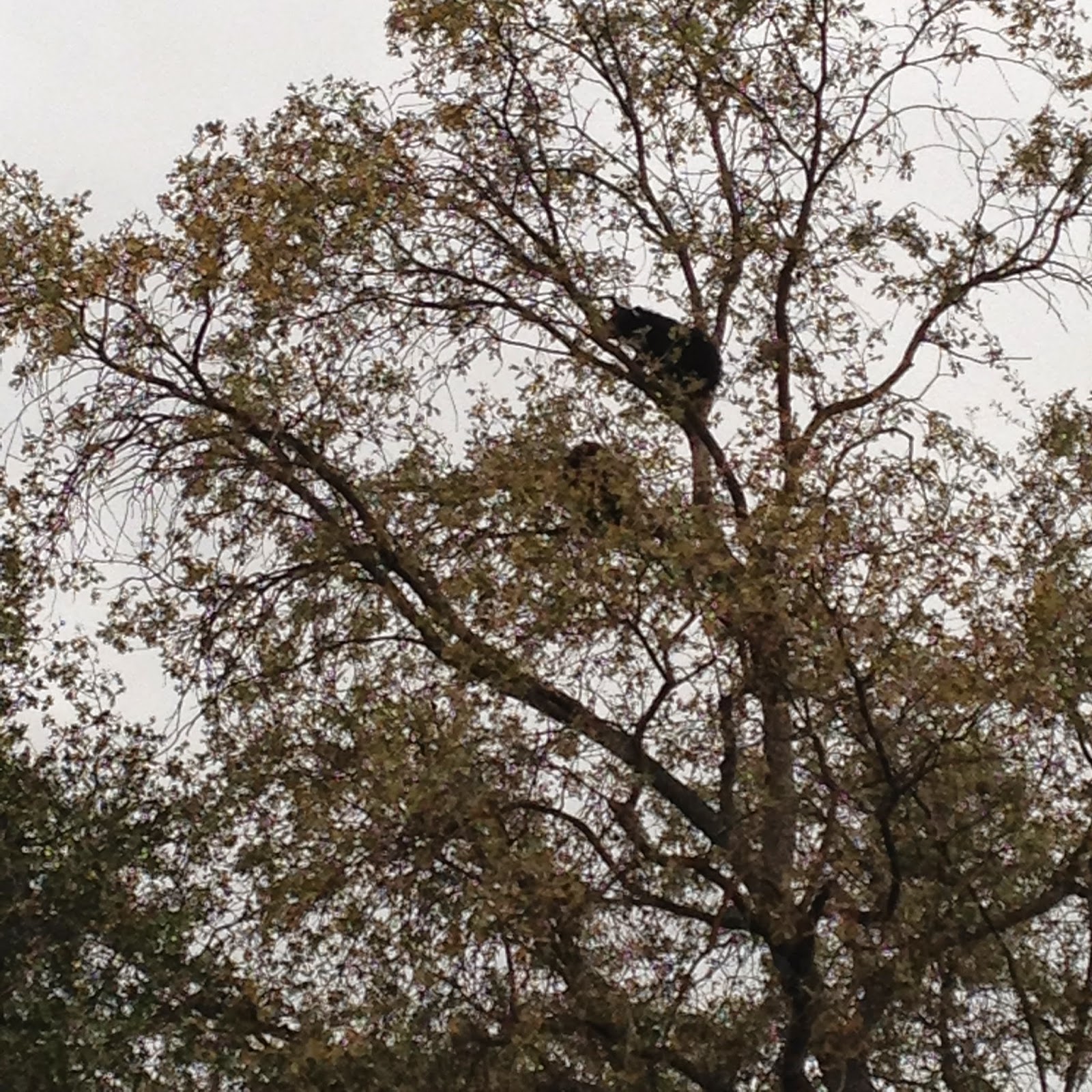 Posted by Nancy Winningham at 8:39 AM

I have also been looking for a crochet shrug for awhile & this one is really cute . I'm an advanced beginner - was it hard ?

It took me a little bit to understand her pattern writing style, but once I didi, it was easy. I'm a self-taught adv. beginner/ intermediate.