I thought I had posted about this, but obviously, I did not.  Last week I made the Mimosa top and pants from  The Sewing Workshop.

I really like the asymmetrical front on this top.  Surprisingly, the pants turned out to be a winner.  I don't have pictures of them yet, but will eventually.  I made the top out of a quilting cotton.  There are a couple of things I would change about this top if I were to make it again.

The top gaps in the front.  I did not add a dart to this pattern and maybe it needs one.   I wanted to try it as is since TSW patterns have such a huge following, but this no dart top did not work for me.
The other problem is that I made it out of a quilting cotton.  Even though the cotton that I used was soft and had a nice hand, it was not right for this.  They do list cotton as a choice, but really - cotton can mean anything from lawn or voile to denim or duck!  A voile might have worked better.  Anything with drape would have been better since there is NO shaping in this top at all.

One of the reviewers on PR put a snap in the front to avoid the gap.  I may do that to mine.  The cool thing about this top is that you can fasten it in two different ways.  You can make it asymmetrical at the hem (as shown in the line drawing and my picture below) or you can fasten it so that the bottom hem is even.  When I fasten it that way, the top does not gap nearly as much.  But, I like the way it looks better the other way, so now I have gap.   Actually, it's not bad, and it does not gap at all when I am standing.  Sitting is the problem.

The other problem with the fabric that I used is the color.  It's just too much of one thing.  I really like solids or near solids, but there is not enough detail in this top for it to work well unless you had a beautiful solid color silk or something.  Or maybe it's just the color. period.  I bought some trim that I might add to make it better.


I’m always attracted to the wrap style, but I’ve never really seen it work well without a little help from a snap or a pin.  On this particular top, you would not want to change the curve of the front, because then you would have to totally redraft the front band, and that’s one of the cool things about this - the way that band is made and put together. 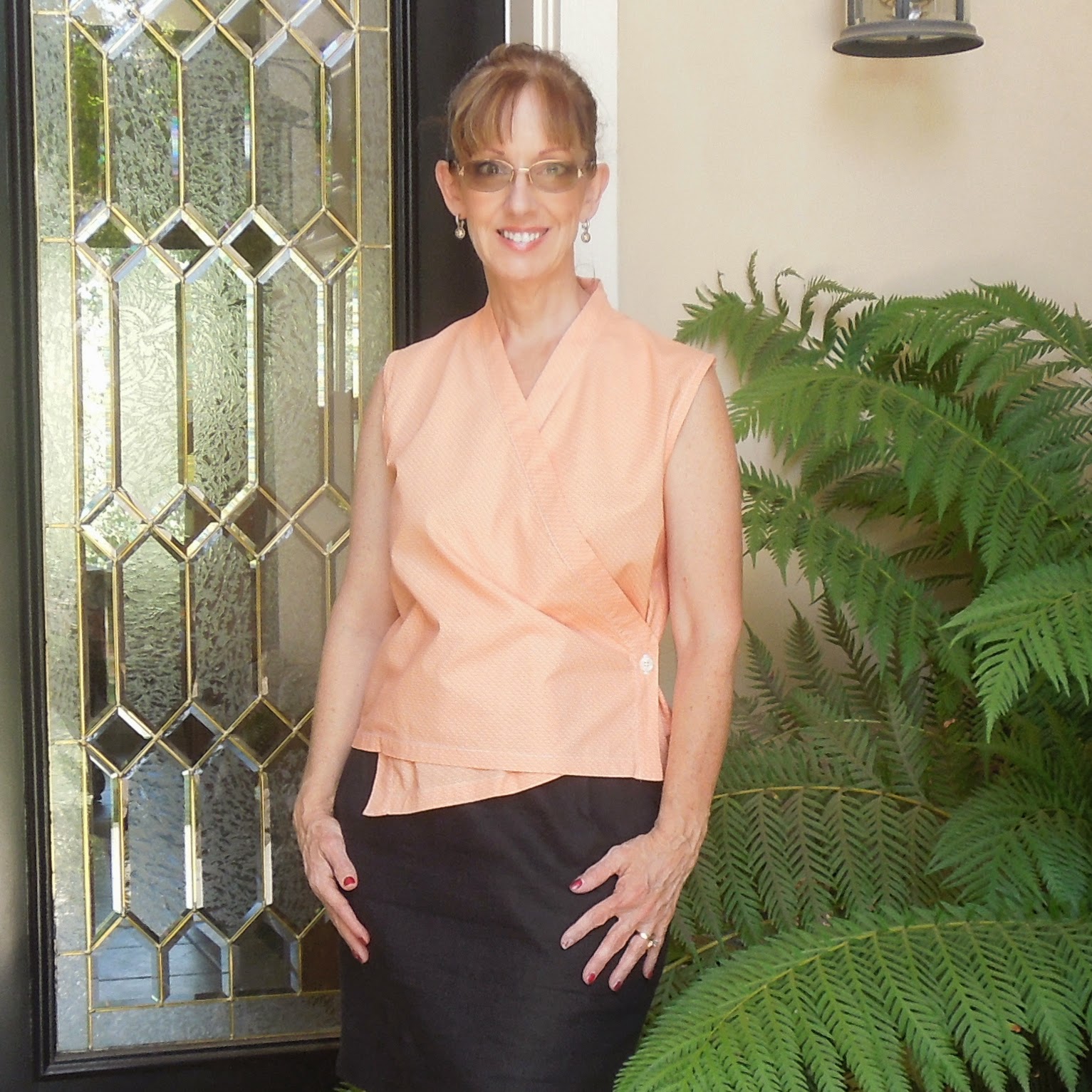 Even if I never wear this top, it is the most “fun” I’ve had making a pattern in awhile.  I’m not sure why that is, but there was just something about it that was clever and interesting.  I used to always feel that way when I made BWOF patterns, back in the day before BurdaStyle.

I’m hoping to have a fun sewing day today.  A friend and her daughter are coming over and I’m teaching them how to sew.  My friend is making a skirt, and her daughter shorts.  The thing is that I woke up at 3 a.m. and haven’t been able to go back to sleep.  I’ll probably take a nap after they leave today!  Wish I could sleep now instead!! 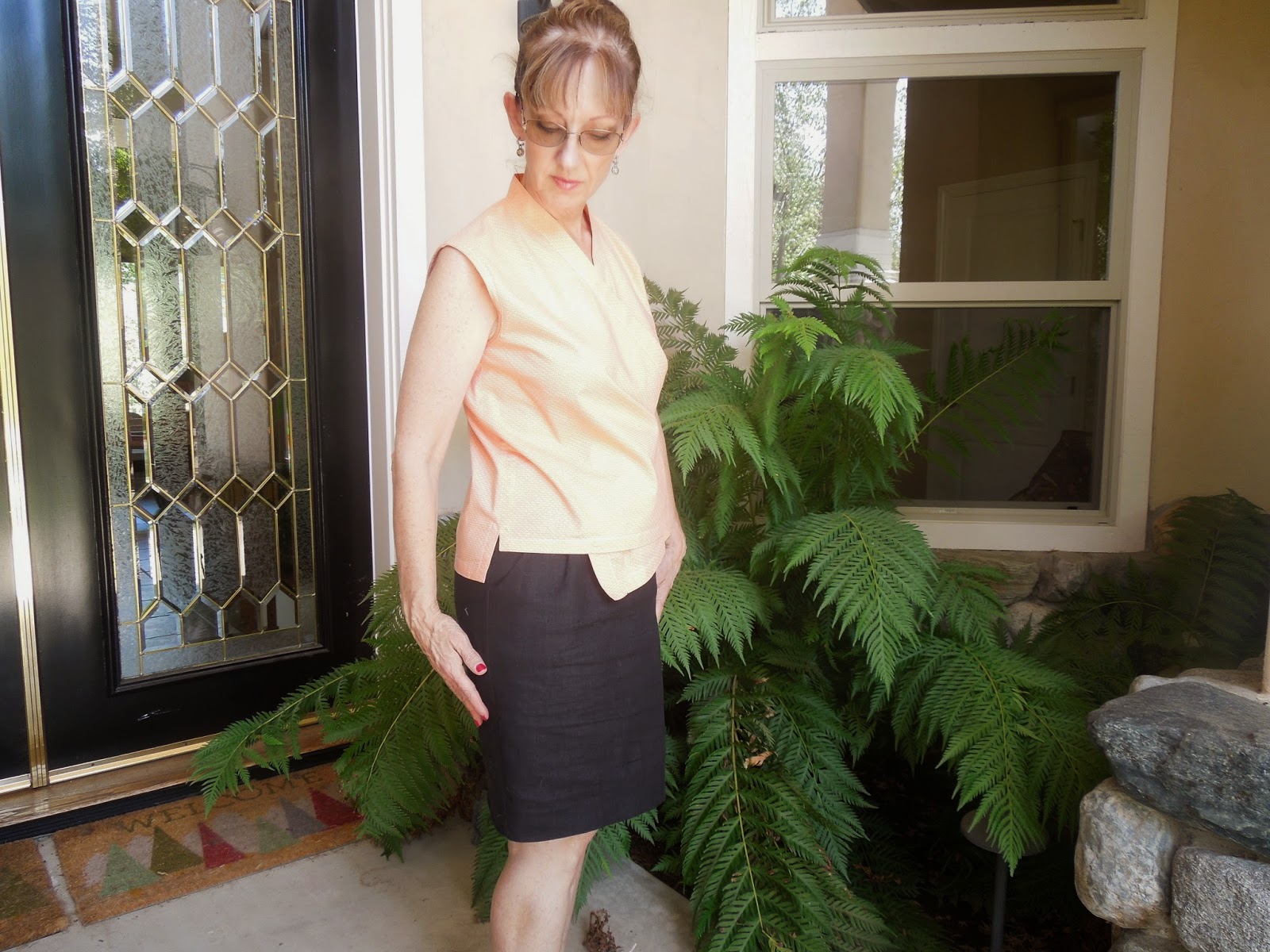 As I said earlier, the pants turned out really well as far as fit, so I will write about those when I take pictures. 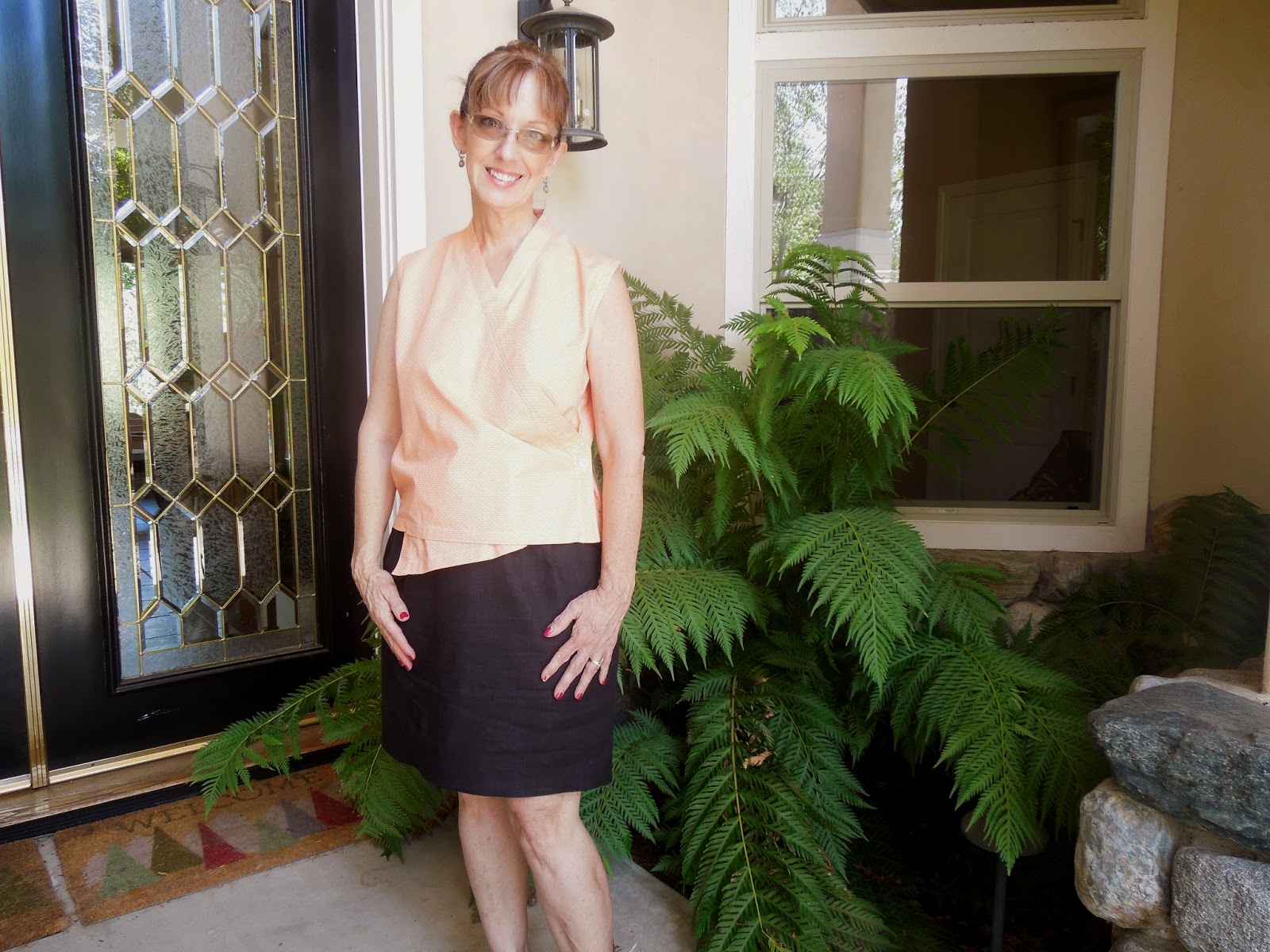 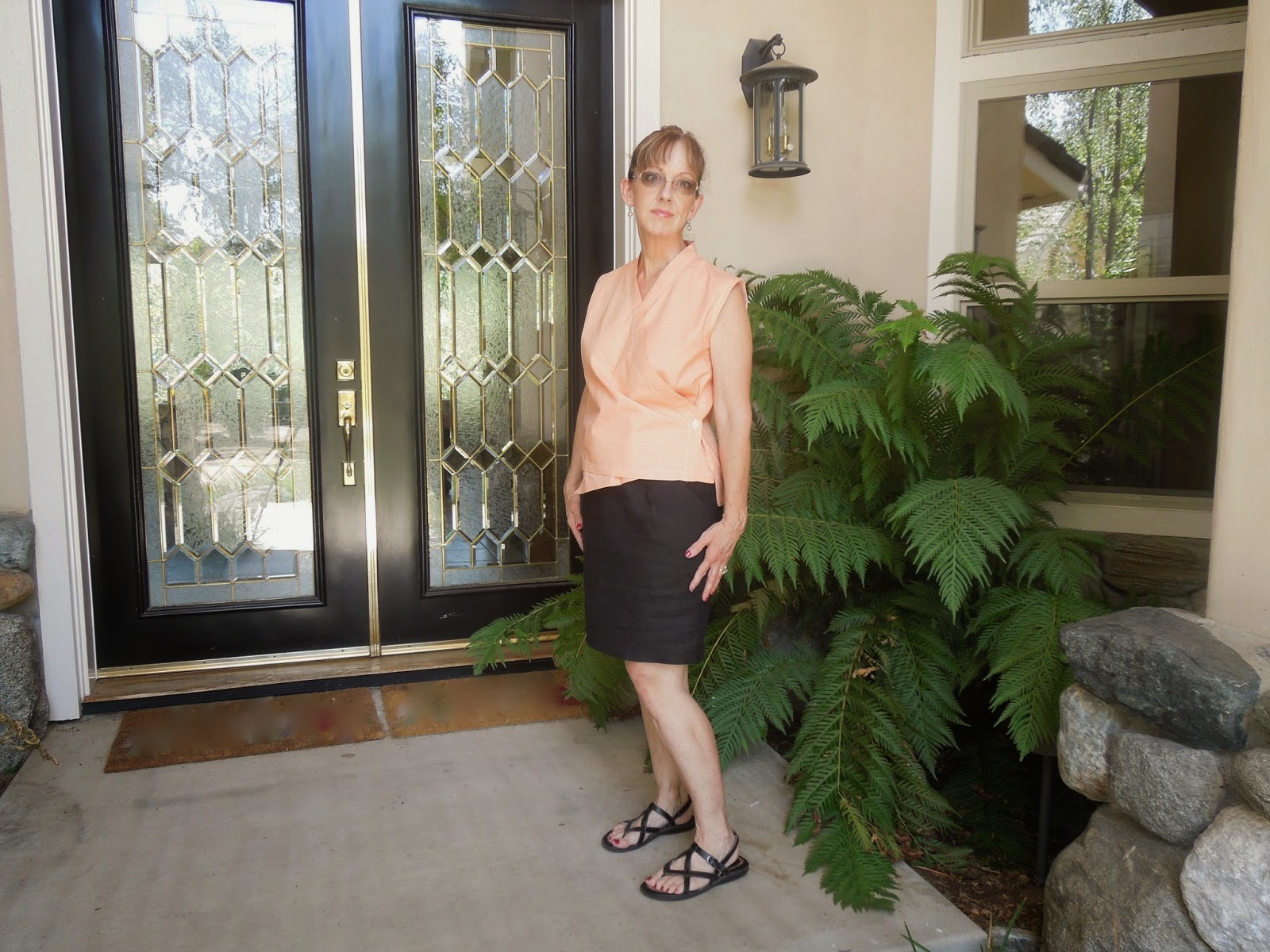 Posted by Nancy Winningham at 5:28 AM

I love the idea of TSW patterns (and i have a few in deep stash), but I've never been able to do a full bust adjustment on them that looks good. And there's a few of their patterns that specifically say there's no provision for a bust adjustment at all. I'm sure I could do something if I tried, but it's just not worth the heartache for me anymore! :)

Pretty top. I don't have much luck either with wrap tops due to gapping and I hate clothes I have to fiddle with. It's very flattering on you!

Nancy I think the Mimosa top loos great on you - yes a snap, or even another strategic buttonhole helps. I've made several of these over the years and layer them constantly. This style is a knock-off of a Shirin Guild top. Her garments were/are always flat with no darts.

Nancy - I made this top out of a Japanese cotton and didn't particularly like the look of the gap either. Somewhere I read to use it as a vest. . .just undo the buttons and let the fronts open up. It hangs beautifully now and I love wearing it. This may also help you introduce another color to liven up the solid a bit and you may get more wear out of it.