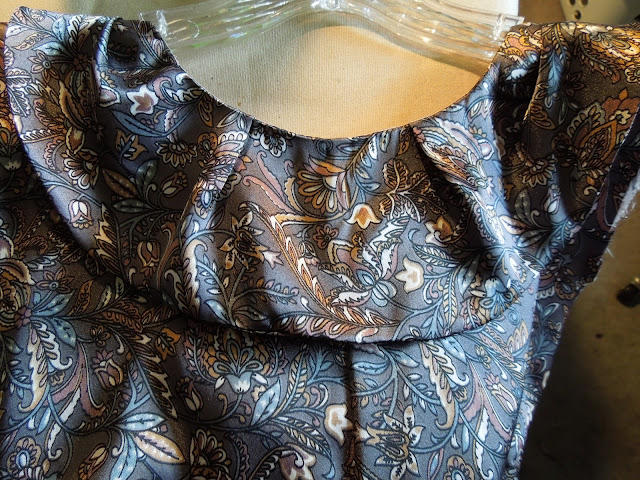 The Licorice Dress has taken more time than expected, but much of that was due to unforeseeable events that have nothing to do with sewing. Of course, it did take a little tweaking to work out the fit on this one. According to my measurements, I would take a straight 6 in Collette patterns. Exactly. Well, I should have known better. The upper chest was way to big and the shoulders were dropping off of mine. I should have made a smaller upper bodice and then done a FBA. But it's oh-so-tempting when your measurements seem to line up exactly! Hopefully the alterations I made to the pattern will work so that I can make the next version of this dress. ( Sorry, I think I'm repeating whatever I put in my last post!... I must be tired.)

Yesterday was supposed to be a sewing day, but my plans got derailed by one crisis (and I'm speaking literally here) after another. But, at day's end, the distant family member got her car, the emergency counseling appointment was made and attended, and the dog made it out of the vets without having to have x-rays (but still incurred a $72.00 bill!) None of these things were in MY plans for the day, but the Good Lord knew what was coming and it all worked out for His glory (although I'm not sure how the dog fight fit into the plan!)
Today, however, I did have a productive day. After meeting my trainer at the gym this morning, and running a few errands, I did get to spend some time sewing. As you can see in the picture above, I added some pleats to the front of the collar. There are pleats already at the shoulder seams, but I didn't like the way the collar laid in the pictures I've seen, so I thought I would try it. It's kind of subtle, but I like it.

The collar was actually pretty fiddly. You have to put pleats on both ends of 6 different pieces! That's 12 pleats for one little collar! Then of course, I added two more to the front!

I like the way they use bias tape to create the casing for the elastic in the sleeve. 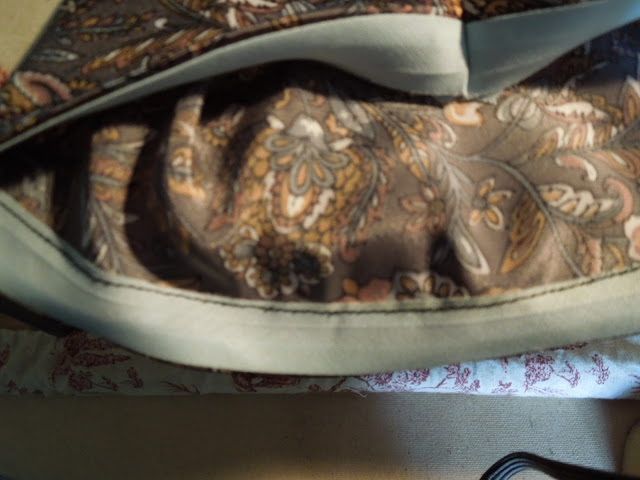 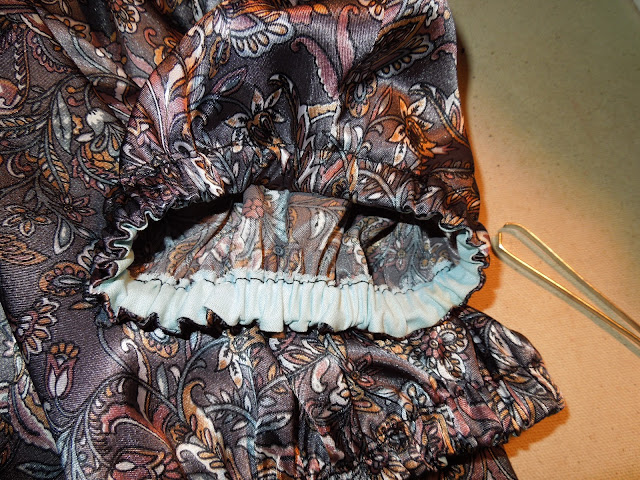 The dress is lined, but the sleeves are not. This leaves you with a raw edge at the armscye on the inside. I decided to serge together the seam allowances. 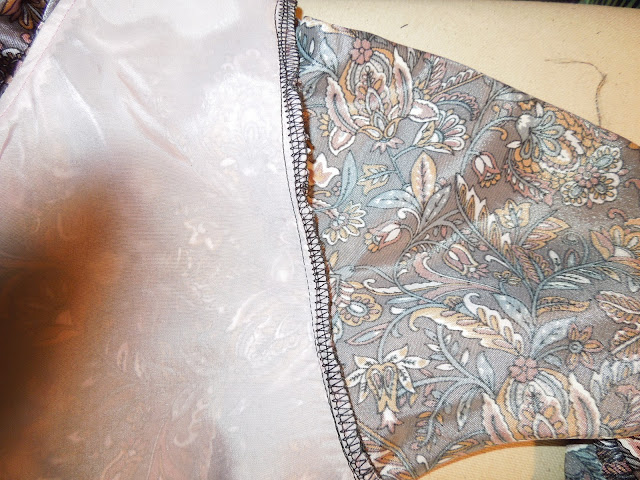 All I have left to do on this dress is to finish the tie belt and sew on the hook and eye at the top of the neck. I hope to get pictures tomorrow. I was going to wear it to take my son out to dinner tomorrow night for his birthday. He found out today that he did poorly on one of his finals, and now he doesn't even want us to come up to see him. He works so hard to get good grades that he gets really discouraged when he doesn't do as well as he'd hoped. I hope he'll change his mind tomorrow.

Posted by Nancy Winningham at 9:13 PM

Nancy, It's looking really good! Colette patterns are drafted for a C cup and I find that they are far too big in the bust and shoulders. I'll be looking for a picture of your finished dress so I can get further tips on fit. Thanks so much for sharing your work and including detailed pictures. Happy Holidays