Well, I've been wearing my new coat and have received lots of compliments - mainly because no one else I work with sews, so they are very impressed. I am impressed with the pattern itself and the timeless cut. I noticed today that there is another teacher at work with a coat with very similar lines. She has had this coat for years and I have always admired it. Maybe that's what drew me to the pattern. 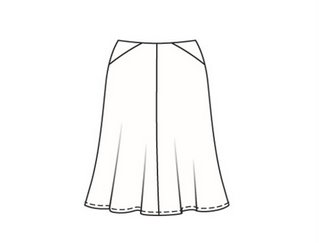 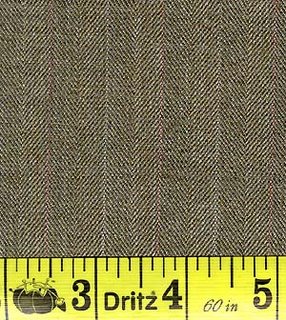 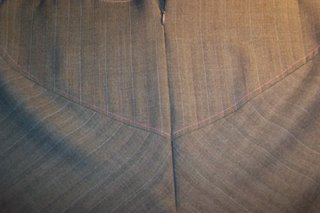 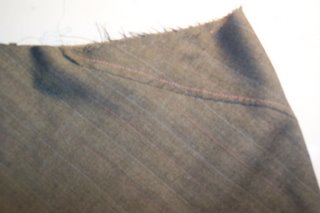 Now, on to a new project. I have some brown herringbone wool crepe that I bought from fabric mart that I have been wanting to make into a skirt. I found a great pattern in BWOF October 2006 issue. It is basically an a-line skirt with a little more flare. I love the way the yoke starts in the back and wraps around to the front. I didn't really realize how the two pieces would line up, however, so I didn't match up the stripes from the yoke to the skirt. If I were to do it again, I would probably run those pieces on the cross grain or bias so that the stripes would go a different direction. They're so subtle in this fabric though that I don't think it will really matter. I had traced the pattern over the weekend, so was able to cut out and sew most of the skirt in one evening. I haven't done an invisible zipper in eons, (I'm talking probably since highschool) so that was also a new learning experience for me. I had to take one side out and do it over so the yoke would meet in the back. I would have finished it, but decided to line it first, which meant I had to prewash my lining fabric. Inspired by the pink and brown outfits in the December issue of BWOF, I decided to do a little pink topstitching on this one. There is also a thin pink thread that runs through the fabric as a stripe. I have some pink abmiance in my stash, so last night, I cut the lining out of it. I'm hoping to get the rest of it together tomorrow night.

Posted by Nancy Winningham at 9:28 PM